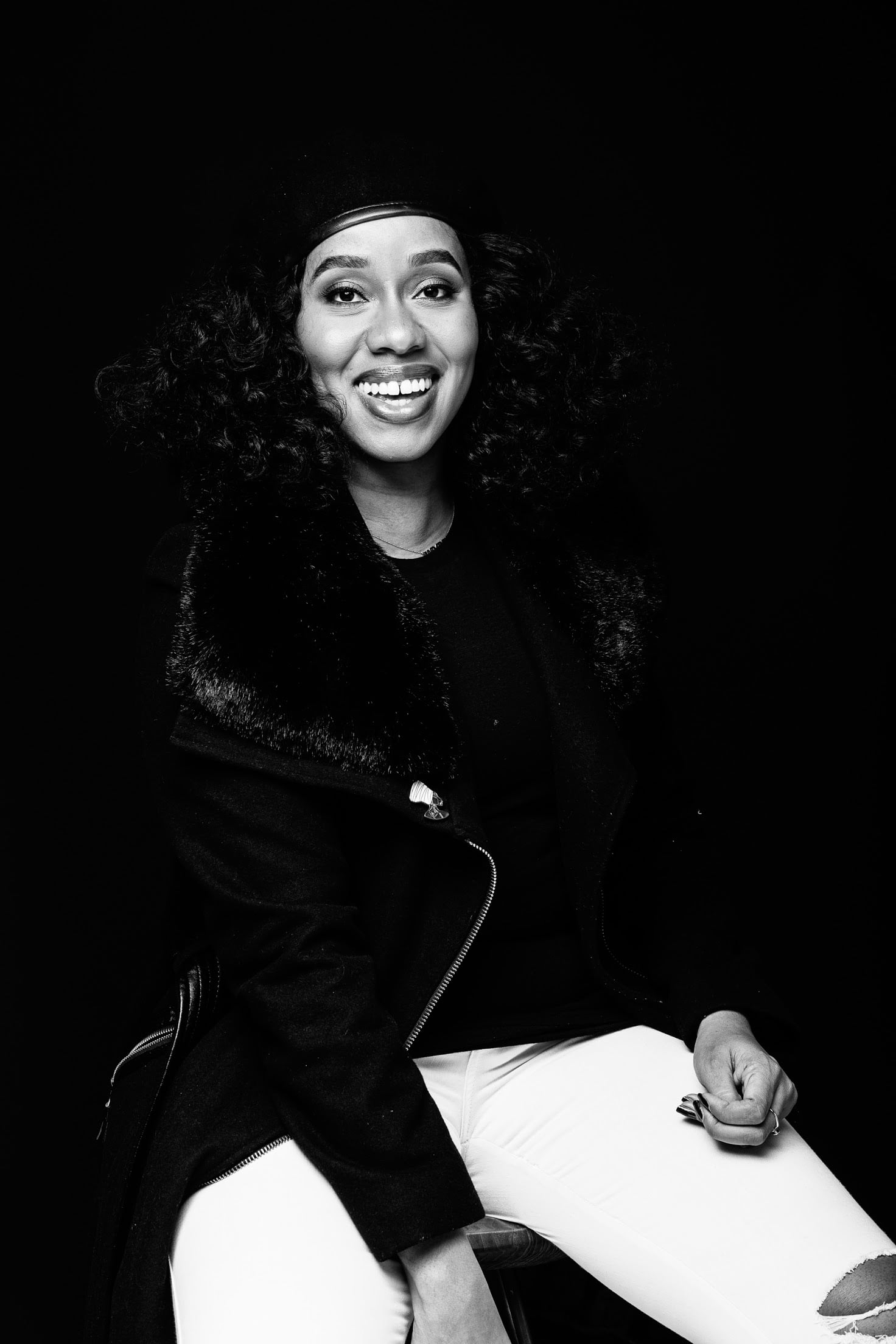 Jouelzy is a YouTuber, mental health advocate, and founder of the brand #SmartBrownGirl. This is her story as told to Brea Cubit.

I found out that I had anxiety around age 12. I went to a children's hospital and went through a lot of testing because I was physically sick and doctors thought there was something wrong with my stomach. But then they said, "No, she has an anxiety disorder."

This was before the age of Google. There weren't many ways for me to educate myself on anxiety. But to come from a black American family — where we're descendants of chattel slavery — it's inherent. There's a level of generational trauma that gets passed down. We are just starting to learn the language to define it.

When it comes to black women and the medical community, things are often left unresearched. And we make sweeping generalizations that really do harm our community. A lot of the ways that we talk about receiving help for mental health also comes from a point of privilege. You need access to medical insurance that covers you or a way to pay for services. We don't realize how costly and emotionally draining — especially for marginalized groups — it is to find quality mental health services.

Related:
Taraji P. Henson Opens Up About Anxiety and Depression and Why She Got Rid of Social Media

I've taken medication for depression. I have not taken medication for anxiety because I haven't found anything that's cost-effective and works. So I find other things. I take vitamins and make sure that I eat well, watch my diet, and work out. But I also don't have any children, and I'm financially OK. I can take on certain costs for things like yoga and acupuncture. That's not the case for everyone, though. No one should feel ashamed if they currently don't have the finances for help or need to seek alternative ways to deal with mental health.

For black women, social media also affects our well-being. It can be great but traumatizing. There are so many people who can't post a picture without a Snapchat filter. And I think, "You really hate your black features that much?" Because the filters make you look more European. I feel bad because now people are constantly using filters on their children. Your kids are going to get so used to seeing themselves like that and end up not liking their black features because they've constantly been shown that they are denied.

When I started my YouTube channel, it was initially a beauty channel. I was doing hair tutorials because I have a texture of hair that's often not represented in media. But then I realized it was a limited conversation because I was just talking about hair.

I had all these other things happening in my life. I was applying for grad school and having a rough time. I think the institution of education, especially higher education, is set up to keep a lot of black women out. I was constantly being told I needed to box myself in or hearing, "You don't come across as smart because of the way that you talk or the things you're interested in." I just felt like it was very unfair.

So I started this thing called #SmartBrownGirl where I encouraged my audience — which at the time was black women, but now it's more diverse — to find their own success story and allow themselves to revel in their uniqueness. The interests that they have should not make them feel like they're less than.

You can watch Love & Hip Hop or wear Fashion Nova but also talk about things like black feminist theory. Just because I absorb a certain type of media and enjoy it doesn't mean that I'm less intelligent. Being a single mother or not having degrees doesn't make you unworthy. That's why I'm meeting my audience at the intersection of pop culture, history, and politics. My channel just keeps evolving from the point of wanting to make information more accessible.

Access to information and knowledge is so important. But I don't think we have effective, ethical ways for how that information is passed along. I'm in the process of applying for my PhD in history because I want to be more mindful of my platform. I want to come with evidence-based historical analysis on things that I'm discussing. If I'm going to be someone who's educating or influencing others in a social or political sense, I want to be more aware of how I do that.