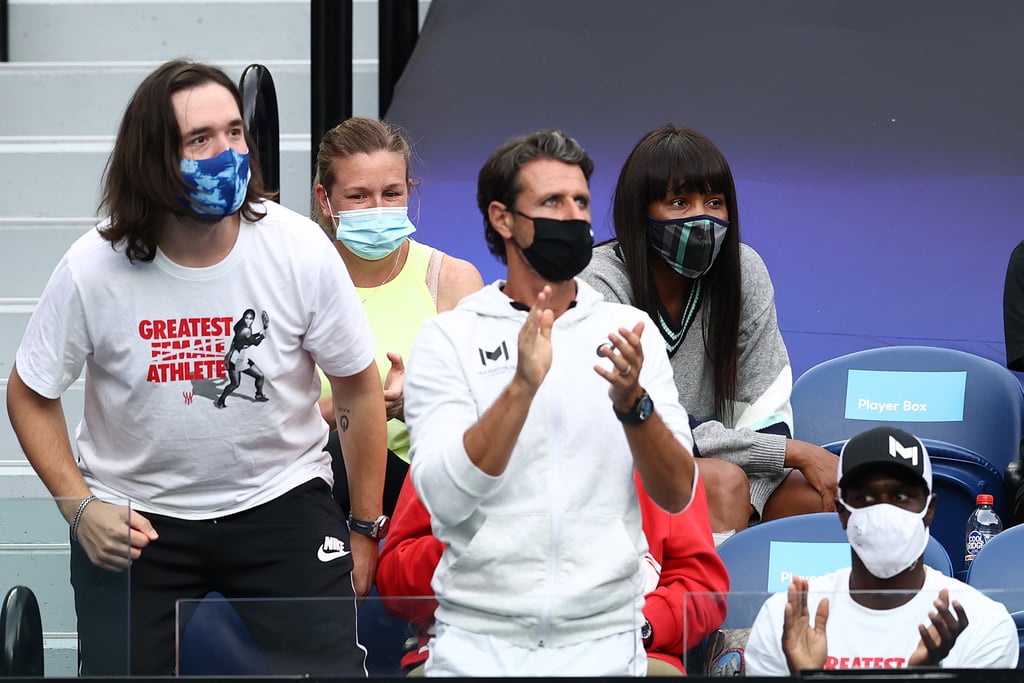 Serena Williams doesn't need a good luck charm at the Australian Open, but her husband's encouraging T-shirt choices might provide a little extra oomph to help crush her opponents. Last week, when Serena was playing Russian tennis player Anastasia Potapova, Alexis Ohanian wore a fabulous Nike black T-shirt with "Unstoppable Queen" written in gold (the queen clearly being Serena). Now, the entrepreneur and number-one fan is back with another shirt from Nike's new Serena-inspired collection, and this one even has her image on it.

During the women's singles quarterfinals on Feb. 16 against Simona Halep, Alexis was right in the stands wearing a "Greatest Female Athlete" shirt loud and proud. The white T-shirt has a photo of Serena slamming one of her famous backhands and has "Ever" written on the back, reminding everyone that she really is the GOAT. The best part is, Alexis's shirt is available online!

The conversation surrounding the "greatest of all time" heightened earlier this month after Tom Brady won his seventh Super Bowl ring, as compared to Michael Jordan's six NBA championship wins. But Twitter users were quick to chime in about Serena's 23 grand slam wins, four Olympic gold medals, and of course, securing one of those grand slam titles while she was pregnant at the Australian Open in 2017. So, yeah, we can agree with Alexis that she is the greatest athlete ever. Check out photos of Serena's proud husband supporting her with his T-shirt choice ahead, and get excited as she's set to play Naomi Osaka in the semifinals.