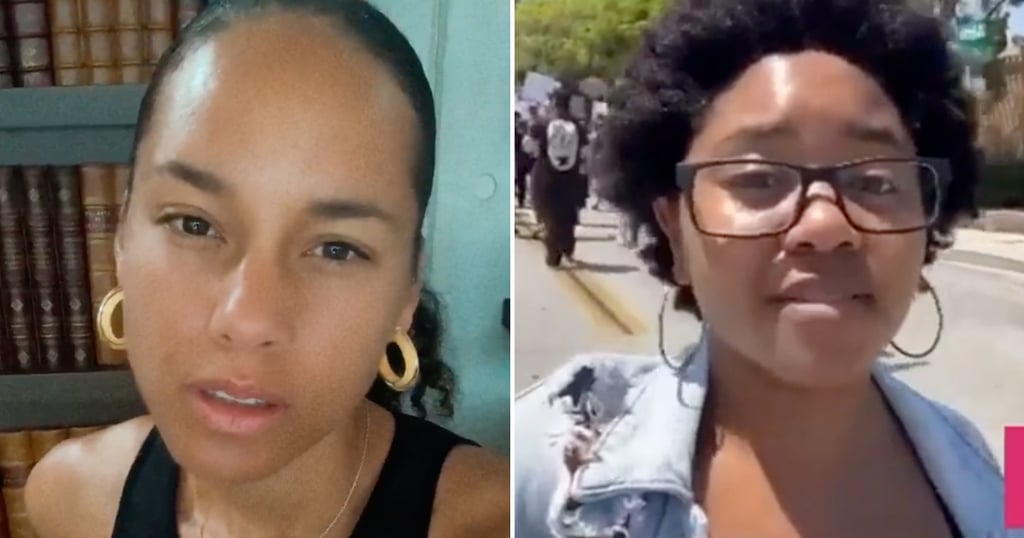 In honor of Breonna Taylor, who would have turned 27 years old on June 5, 2020, Alicia Keys and Hashtag Booked (a sketch comedy series created by actresses LaNisa Frederick and Danielle Pinnock) virtually came together to wish the late EMT a happy birthday. Breonna was shot and killed by Louisville police officers after they forcibly entered her home during an unannounced drug raid on March 13.

"She was an essential worker murdered by the police while she was sleeping," Alicia captioned an Instagram video of herself singing "Happy Birthday" in Breonna's honor. "She should be alive to celebrate! But instead no charges have been issued and no arrests have been made with the officers involved.⁣⁣⁣ I'm making more calls today in honor of her. I hope u will too!"

The moving video was uploaded on the same week that freelance writer Cate Young launched the #BirthdayForBreonna campaign, an initiative which encourages people to take direct action to ensure Breonna's death is not ignored and to hold those responsible accountable for their actions. See Alicia's full performance and the well-wishes for Breonna ahead.

Taylor Swift
Taylor Swift Responds to Plagiarism Lawsuit: "The Lyrics to 'Shake It Off' Were Written Entirely by Me"
by Eden Arielle Gordon 1 hour ago

Beyoncé Knowles
Beyoncé and The Isley Brothers Are Releasing a New Version of "Make Me Say It Again, Girl"
by Eden Arielle Gordon 1 hour ago