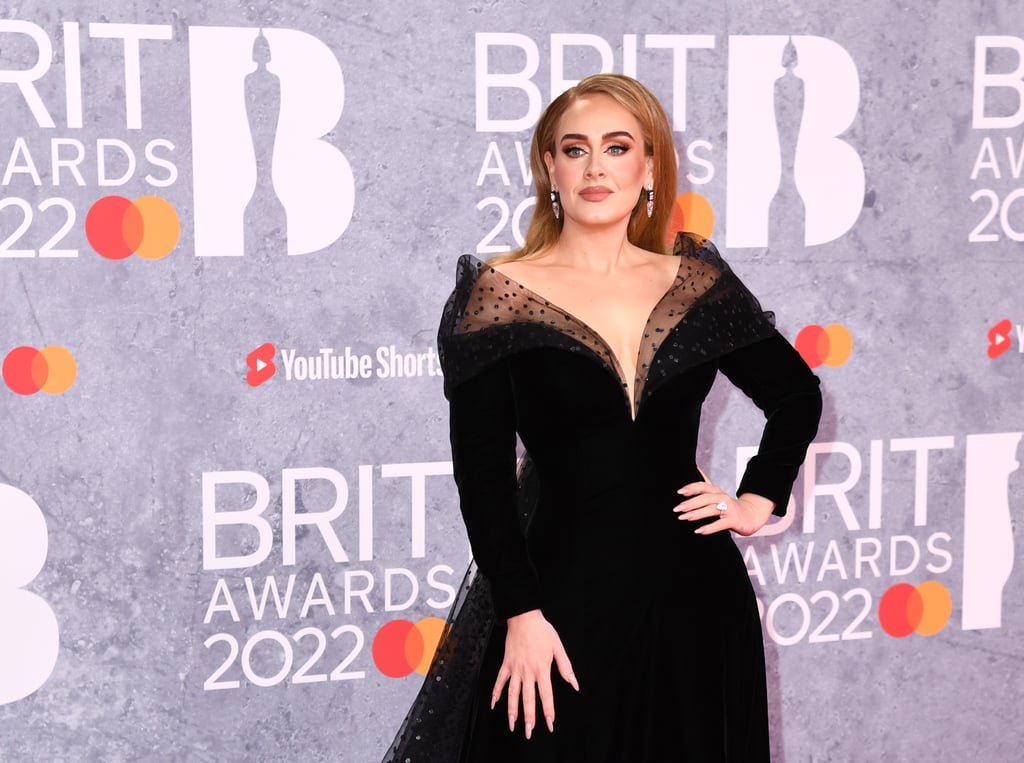 Adele has made a major statement with her latest choice of accessories. At the 2022 BRIT Awards on Feb. 8, the 33-year-old singer posed for photos on the red carpet wearing a massive pear-shaped diamond ring on that finger. The gorgeous ring had the rumor mill buzzing with speculation that she's engaged to boyfriend Rich Paul. It's not the first time Adele's choice of jewelry has sparked engagement rumors, as her chic gold ring in November 2021 also left us wondering.

The chart topper had a cheeky response to the rumors during an appearance on "The Graham Norton Show" on Feb. 11. "If I was, would I ever tell anyone if I was or wasn't?" she said." Touché. Continue reading to see Adele's reaction to the rumors.

If you've been following the couple's relationship timeline closely, then you already know that Adele and Paul sparked dating rumors last summer when they attended an NBA Finals game before making their relationship Instagram official in September. A month later, Adele gushed about her romance with the sports agent during an interview with "British Vogue." "Yes, we're together. We're very happy," she said.

A source close to the "Easy on Me" singer told E! News that the two are "very much in love." They added, "Their relationship has become more serious in the last few months." Only time will tell if congratulations are in order for the couple, but in the meantime, fix your eyes on Adele's gorgeous ring ahead.