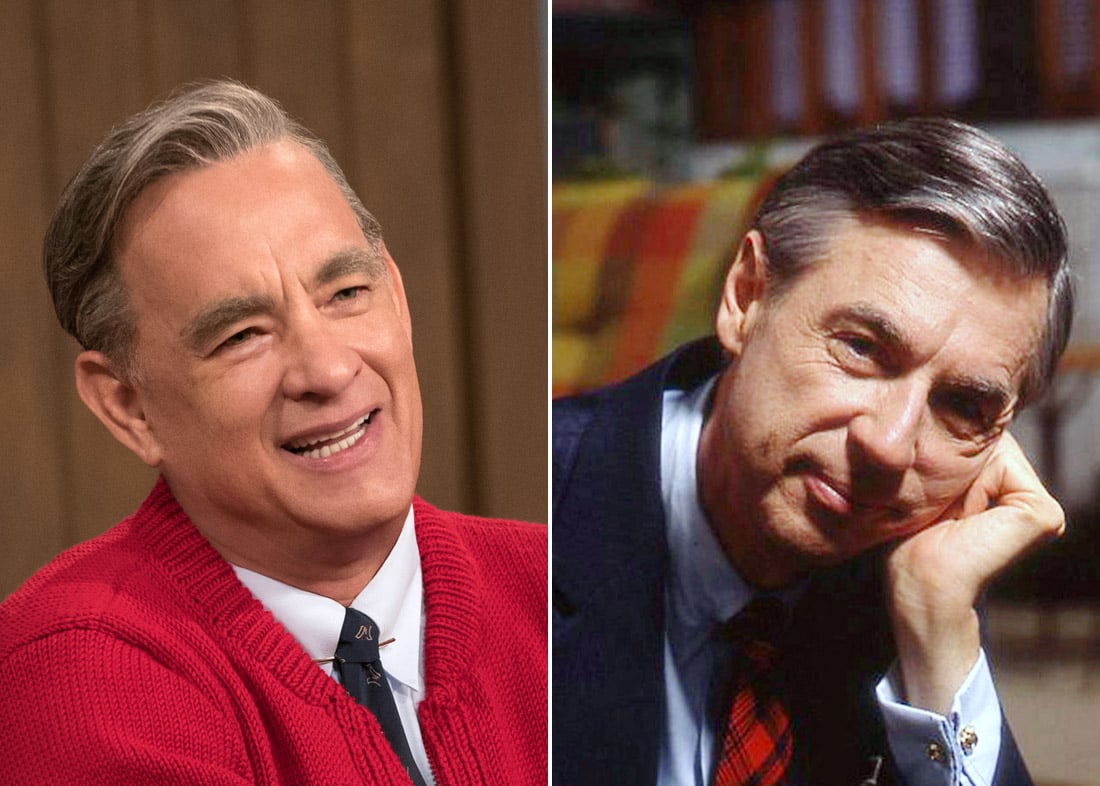 Tom Hanks bears an uncanny resemblance to Fred Rogers, aka Mister Rogers, in the biopic A Beautiful Day in the Neighborhood. At first glance, you might even think he's the real deal, and that likeness is no coincidence. It turns out — get ready for this — Tom and Fred are related! Is your mind blown? Because same.

A recent discovery made by Ancestry.com shows that the two stars are sixth cousins and share the same great-great-great-great-great grandfather, Johannes Mefford. A CBS representative also confirmed the fun fact by using its database of over 20 billion online historical records.

On Nov. 17, Tom and wife Rita Wilson learned of the familial connection at the NYC premiere of A Beautiful Day in the Neighborhood. "Impossible," Rita said after Access revealed the tidbit. "No, you're pulling our leg." Tom was understandably just as amazed when he saw a photo of the shared lineage. "It all just comes together, you see," he said. This just further shows that he was the perfect person to portray the iconic children's television personality. It's a beautiful day in the neighborhood, indeed. Watch Tom and Rita's reactions to the news in the video ahead, and see Tom transform into his cousin when A Beautiful Day in the Neighborhood hits theaters on Nov. 22!