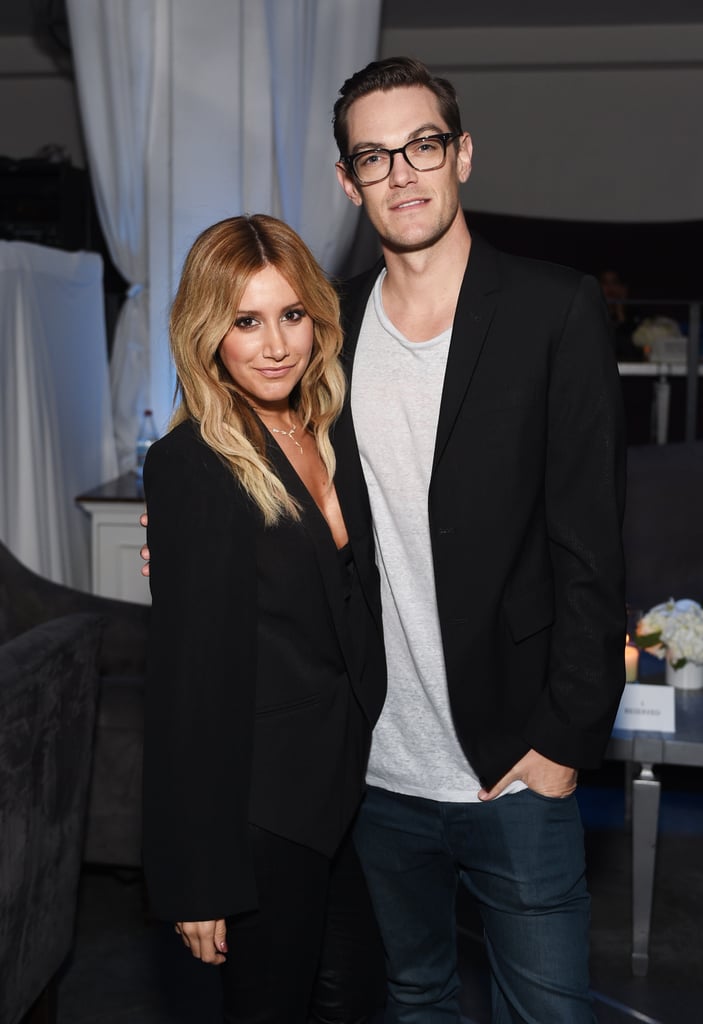 Congratulations are in order for Ashley Tisdale and Christopher French! On Sept. 17, the couple revealed that they're expecting their first child, posting Instagram photos of them admiring Ashley's growing baby belly on their respective Instagram accounts. Well wishes immediately flooded in from their loved ones, including Ashley's High School Musical costar Vanessa Hudgens, who commented, "Just the freaking cutest."

On Oct. 16, Ashley posted an Instagram photo of the pair cutting a cake with a pink filling, confirming they are expecting a girl. "This year has obviously been hard. For so many. Ups and downs, and an emotional roller coaster. I think this day was by far my favorite day EVER! I cried I was so happy," Ashley captioned the post. She also had a little PSA for those going above and beyond with their gender reveal parties, adding, "Cake with the color inside is JUST as rewarding as fireworks but SAFER!"

Ashley and Christopher got engaged in August 2013 after nearly eight months of dating and officially tied the knot on Sept. 8, 2014. We're looking forward to seeing their family expand.

Greta Gerwig
Greta Gerwig Is Expecting Baby No. 2: "I Am With Child"
by Njera Perkins 19 hours ago