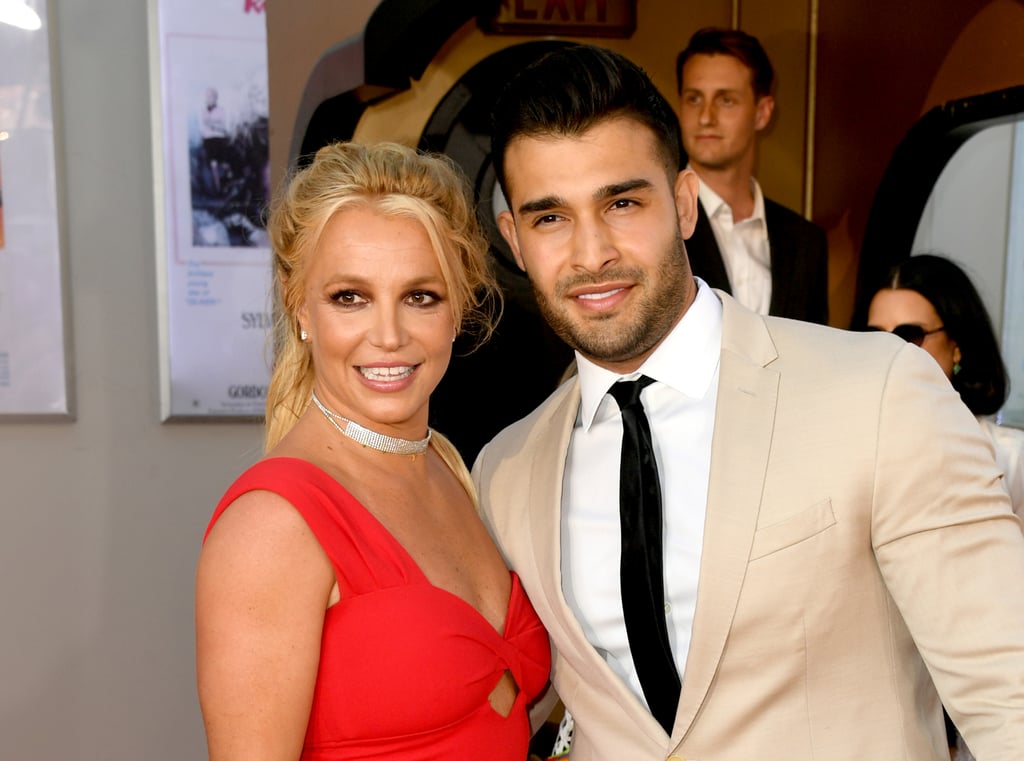 Britney Spears is engaged to boyfriend Sam Asghari! On Sunday, the 39-year-old singer casually announced the exciting news by sharing a video of her showing off her stunning ring on Instagram. Sam also shared a cute photo of him kissing Britney and she flashed her ring finger for the camera. Sam's manager, Brandon Cohen, confirmed the engagement in a statement to People, saying, "The couple made their long-standing relationship official today and are deeply touched by the support, dedication and love expressed to them."

The pair first met on the set of Britney's "Slumber Party" music video in 2016, and eventually sparked a romance shortly after. For the most part, Britney and Sam have kept their relationship out of the spotlight, but Sam has been incredibly supportive of Britney amid her ongoing conservatorship battle this past year. "I have always wanted nothing but the best for my better half, and will continue to support her following her dreams and creating the future she wants and deserves," the actor said in a statement in February. "I am thankful for all of the love and support she is receiving from her fans all over the world, and I am looking forward to a normal, amazing future together." Britney was previously married to Jason Allen Alexander in 2004 and Kevin Federline from 2004 to 2007. Kevin and Britney also share two sons, Sean Preston and Jayden James Federline. Congrats to Britney and Sam on their exciting news!

Adele
Adele and Her Boyfriend, Rich Paul, Turn the Grammys Into a Glamorous Date Night
by Monica Sisavat 1 hour ago