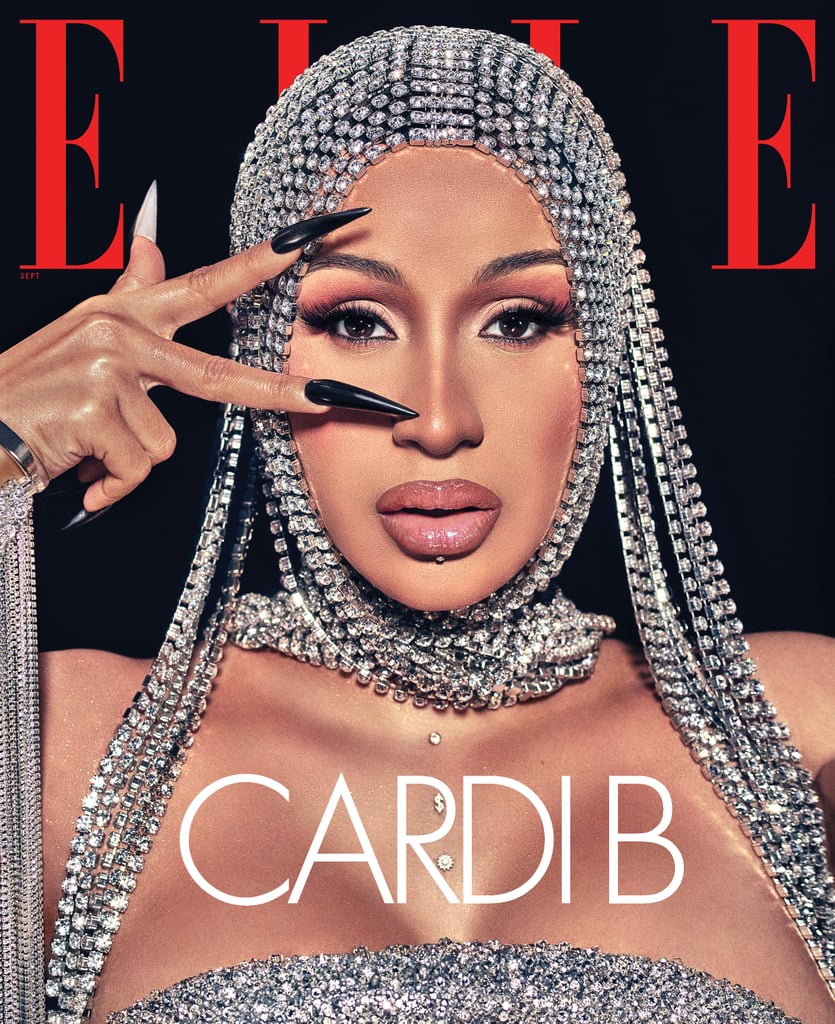 Cardi B is far from your "regular shmegular" artist. As the cover star of ELLE magazine's September 2020 issue, the 27-year-old rapper opened up about never holding back from speaking her mind when it comes to politics, her marriage, and even her new music. Yep, we're talking about her latest single, "WAP," featuring Megan Thee Stallion and the accompanying music video starring celebrities like Normani, Kylie Jenner, Rosalía, and more. "My music is always going to make a woman feel like a bad b*tch," she said. "When you make a woman feel like she's the baddest b*tch in the room, to me, that's female empowerment."

She added, "But this album is going to be really different. Of course, it's going to have my Lemonade moments, my personal relationship moments . . . I don't want to just put out a single and have people buy it because I'm Cardi. I want to put out really good music." And by the response that her latest single has garnered, we have a feeling "WAP" is similar to the type of music fans can expect on her upcoming second studio album.

Related:
"WAP" Highlights the Hypocrisy That Sex Is Taboo When Women Steer the Conversation

Aside from the music, Cardi also spoke candidly about racism and politics, specifically, Breonna Taylor's death. "That is so insane to me," she said. "What they did to her is really f*cked up. What's the excuse? Why is the cop not in jail? Wasn't what he did a crime? It's a crime! And no apology. No apology. No video of the cop coming out crying, 'I f*cked up. I don't this. I don't that.' Nothing. It's nothing. I don't even know how her mom still holds her head up. Unbelievable."

"I want a president who understands the pain of the people."

But as Cardi carefully pointed out, it starts with local elections, and she's even been rallying her fans to get involved by voting at all levels. "You can vote for DAs. You can vote for mayors. You can vote for your district. Not everything is the president." Check out Cardi B's full interview with ELLE here, and see photos from the cover shoot ahead.