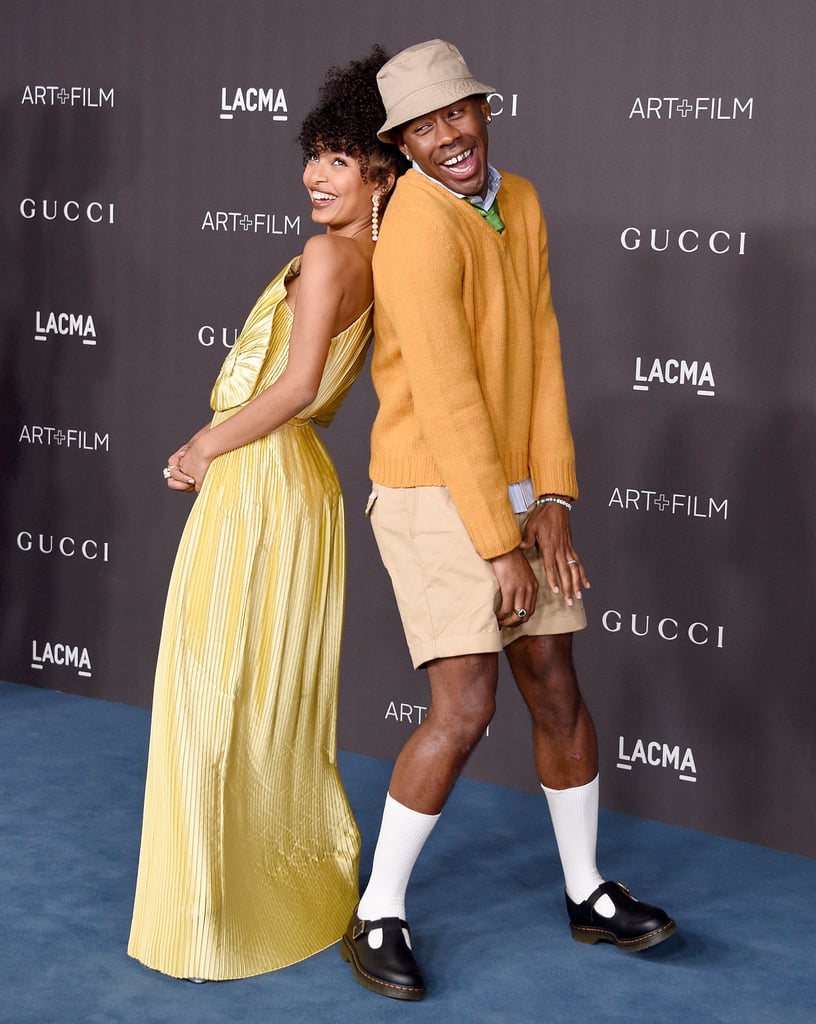 Yara Shahidi and Tyler, the Creator at the 2019 LACMA Art+Film Gala

The stars were shining bright on Saturday as some of Hollywood's finest attended the LACMA Art+Film Gala. While Yara Shahidi, who stunned in a golden gown, and Tyler, the Creator struck funny poses in front of cameras, other stars such as Amandla Stenberg, Brie Larson, and Carson Meyer stuck to classic red carpet postures. The party continued inside the venue as attendees, including Regina King, Naomi Campbell, Donald Glover, and Kiki Layne, enjoyed photo ops and conversation. Guests were also treated to a performance from Billie Eilish, who rocked a head-to-toe Gucci ensemble.

The annual event raises funds to help the Los Angeles County Museum of Art support exhibitions, acquisitions, and educational programming that involve film and other creative media. This year, it was sponsored by Gucci and honored artist Betye Saar and filmmaker Alfonso Cuarón. Look ahead to see which celebrities took part in the festivities!