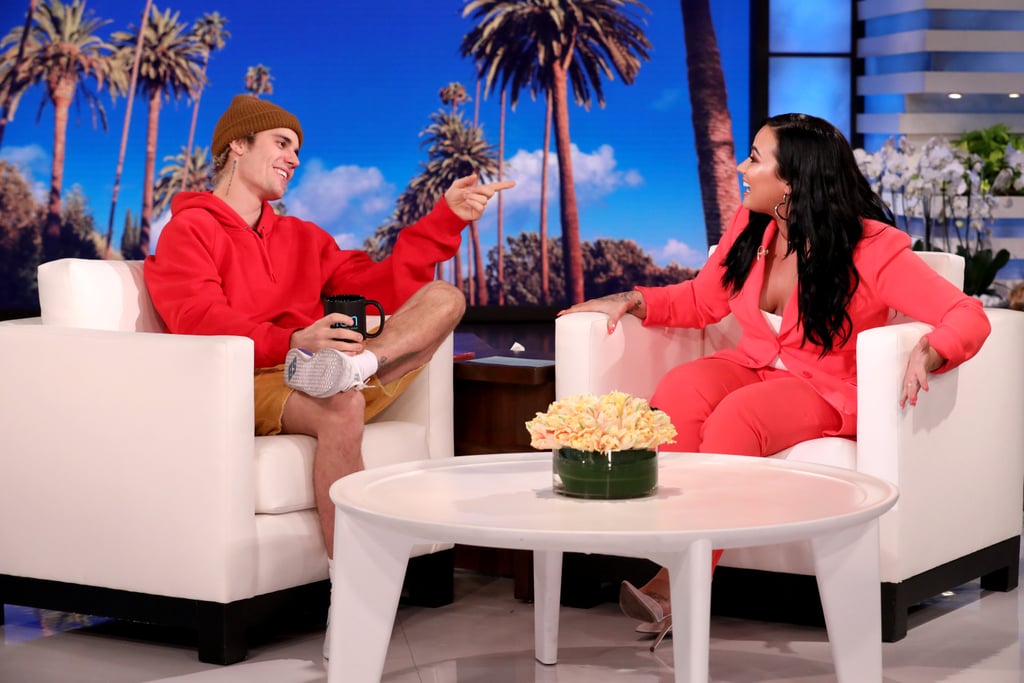 On Friday, Demi Lovato took over as guest host for The Ellen DeGeneres Show and got to interview her pal Justin Bieber. Kicking off the chat, Demi revealed the sweet way they first met back when she was about 16 years old and Justin was around 14. "You were outside of a radio station — I was doing an interview that day — and you came up to me, and you just like ran up and was like, 'Can I have a picture?'" she recalled. "And I was like, 'Yeah, for sure,' and it was so sweet, you were like, 'My name's Justin. I'm Justin Bieber. You're gonna know my name one day.'" Amazing, right?!

The two, who have been friends for years, also spoke about some of their shared experiences growing up in the spotlight and often wanting to escape from it. "This is what you and I are both meant to do, you know?" Justin said. "You're meant to entertain and sing, and I think same as me. So when we run away from that, it's almost like we become less happy." They also touched on their struggles with addiction and how Justin helped Demi get through her health battles last year. "I looked at you as an inspiration because you've been through this, and you've come out on the other side," she told the Changes singer. Watch Demi interview Justin and gush over his wife, Hailey, in the clips ahead!

Yara Shahidi
Yara Shahidi Left the Emmys Early, but She Had a Pretty Good Excuse
by Njera Perkins 2 hours ago

by Emily Weaver 31 minutes ago