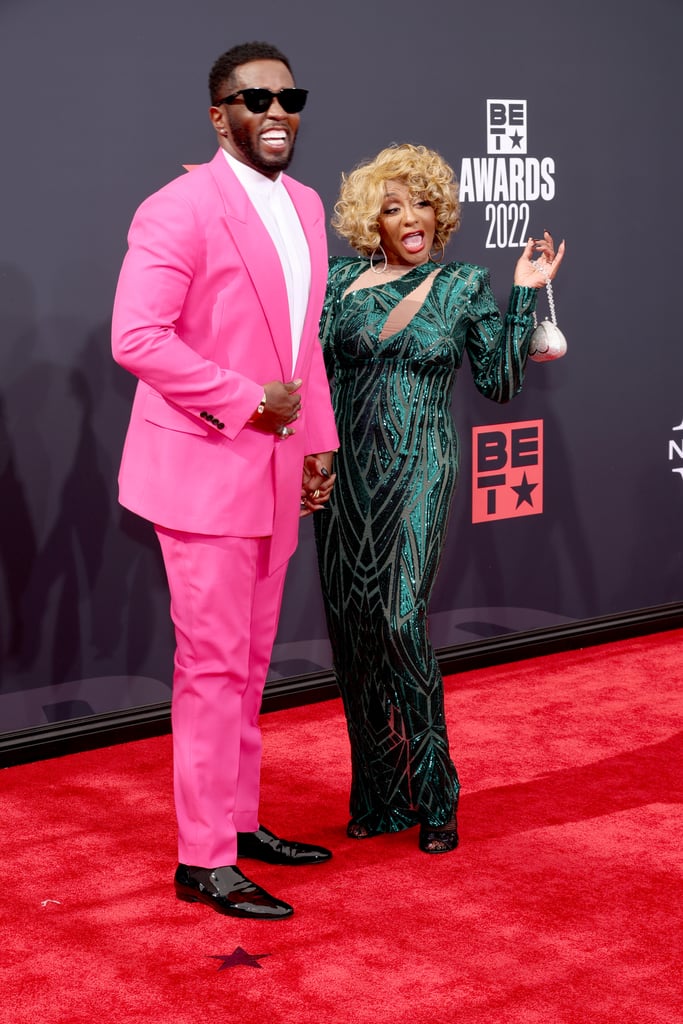 Diddy brought some of his family along to celebrate his big night on Sunday. His eldest, Quincy, appeared on the red carpet wearing purple; while his second eldest, Justin, wore gray; and his third eldest, King, sported all red. Diddy's mother, Janice Combs, also appeared by her son's side on the red carpet, wearing a glittering green dress. The last time we saw Diddy and his family on the red carpet was at the Billboard Music Awards in May, which he hosted.

In his acceptance speech at the BET Awards, which was preceded by an unexpected speech by Kanye West, Diddy thanked his mom and told a story about how she worked three jobs during his childhood, telling the crowd it was "her night." He also thanked Porter, the mother of four of his children. "I just miss Kim," he said. "Stay connected to God. We don't control this."

He then thanked his fans and everyone he has worked with. Finally, he waved away time constraints and launched into an inspirational rap. "If I gotta pay for the commercials, send me the bill," he said. "We ain't here just for ourselves, we're here for our ancestors. The time is now." He then finished off the speech by announcing that he was donating $1 million to Howard University and another $1 million to Jackson State University.

Ahead, check out photos of the Combs family at the 2022 BET Awards.