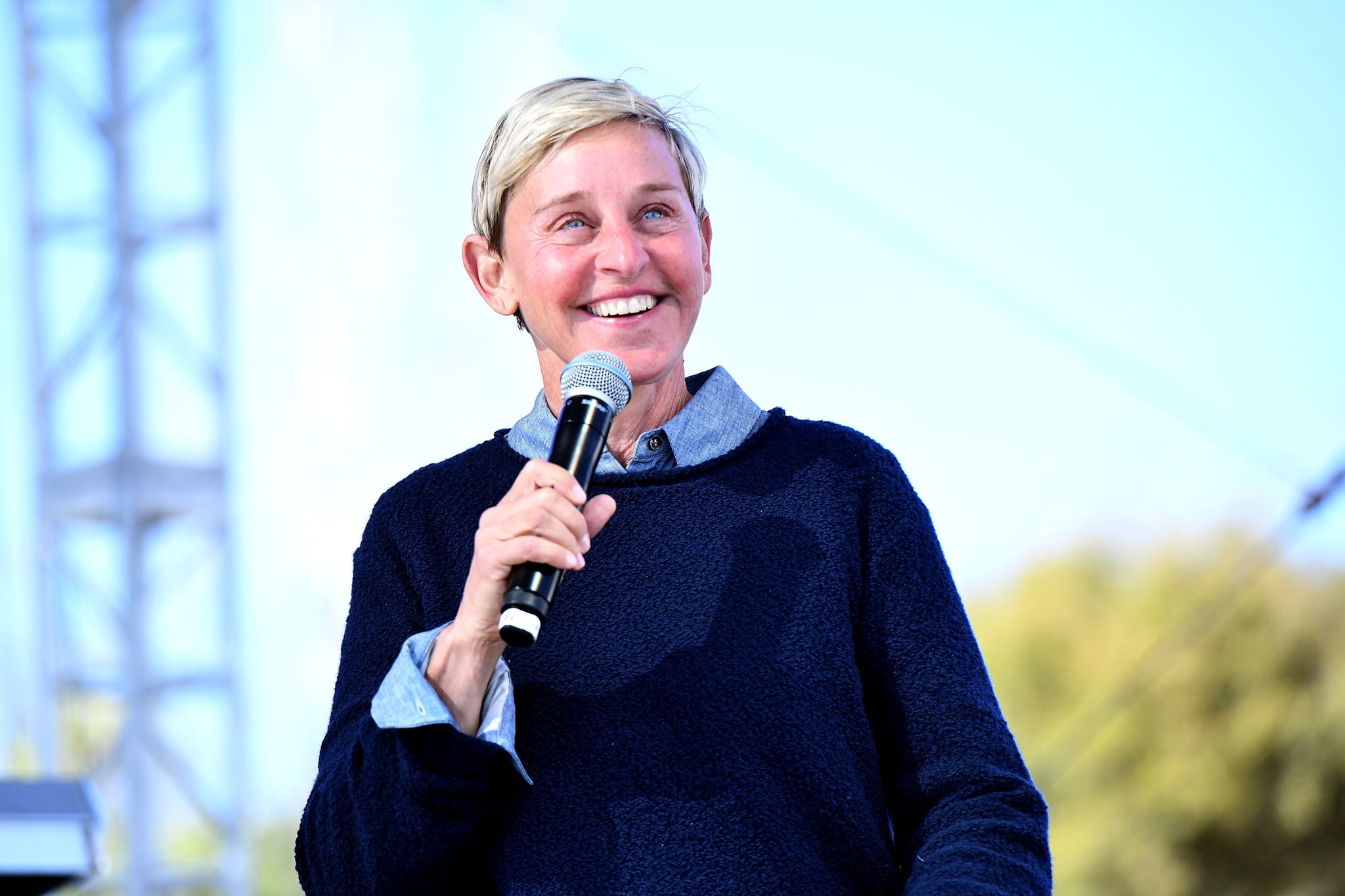 The ongoing saga of the Ellen DeGeneres controversy surrounding The Ellen DeGeneres Show has been one of the biggest entertainment stories of the year. Rumors about her exploded into major exposés and led to some serious negative press for the show, plus the departure of some high-level producers. Here's a complete breakdown of the controversy's timeline and what's happening now.

An exclusive report in Variety revealed the frustration over treatment of crew members during COVID-19-related shutdowns. According to their investigation, the "core" stage crew, consisting of over 30 people who had been with the show prior to production shutdowns, were angry over a lack of communication over hours, pay, benefits, and overall health. When they did finally hear back from higher-ups, it was only to communicate a 60 percent pay cut.

Even more infuriating was the show's decision to set up Ellen's "from home" version of the show using almost none of the existing crew, instead hiring a new, nonunion crew for the setup. Variety reported that the show hired a company based in Burbank to work on the technical production aspects, rather than bringing in the existing crew members with the same skills and jobs.

July 16, 2020: BuzzFeed Publishes Its Report on the "Toxic Work Environment"

The bombshell report from BuzzFeed alleged an ongoing and toxic culture behind the scenes at the show. "That 'be kind' bulls*** only happens when the cameras are on. It's all for show," one former employee was quoted as saying. Staffers recounted incidents like being fired for taking medical or bereavement leave, as well as fearing to report abuses out of concerns over retaliation from the higher-ups. One employee was reprimanded for posting a GoFundMe to cover medical costs that were outside the bounds of company insurance, reportedly because the show's higher-ups worried that having an employee seeking financial help would hurt their brand.

Some of the alleged toxicity was racist in nature. BuzzFeed's report includes a testimonial from a Black woman who recounted numerous instances of racist bullying and microaggressions. She reported the incidents, but never saw any improvements and in fact was reprimanded for being difficult, eventually leading to her walking off the job. "We've been feeling this way, but I've been too afraid to say anything because everyone knows what happens when you say something as a Black person. You're blacklisted," she told BuzzFeed.

Other employees detailed more of the toxicity, describing cliques in the office and a division between staffers who put up with everything and those who recognize the dysfunction. The problems went all the way to the top, many said — corroborating long-standing but much quieter rumors about Ellen herself — but managers were particularly difficult, blocking any attempts to make positive change.

Less than two weeks following BuzzFeed's explosive report, WarnerMedia announced an investigation into the show, according to Variety. The company declined to comment on the record, but Variety also reported that WBTV — the TV arm of WarnerMedia that produces The Ellen DeGeneres Show — was bringing in WarnerMedia's employee relations department, as well as a third-party group, to work with employees and interview them on their experiences. Further information was not made available at the time, since it was an internal investigation.

Days after the announcement of the internal investigation, Ellen herself issued a memo to staffers, which was obtained by several media outlets, including People. "On day one of our show, I told everyone in our first meeting that The Ellen DeGeneres Show would be a place of happiness – no one would ever raise their voice, and everyone would be treated with respect. Obviously, something changed, and I am disappointed to learn that this has not been the case. And for that, I am sorry," the message began.

In the memo, Ellen confirmed the news of the investigation and promised an outcome that would "correct the issues." She also claimed that people were speaking on her behalf, without her authorization: "I'm also learning that people who work with me and for me are speaking on my behalf and misrepresenting who I am and that has to stop. As someone who was judged and nearly lost everything for just being who I am, I truly understand and have deep compassion for those being looked at differently, or treated unfairly, not equal, or – worse – disregarded. To think that any one of you felt that way is awful to me." She ended the memo with a promise to "be more mindful" and to make sure people feel safe speaking up.

Another BuzzFeed report broke that same day, alleging sexual harassment on the part of the show's executive producers. Producers Kevin Leman, Jonathan Norman, and Ed Glavin were specifically named in the report, with several allegations of them inappropriately touching, propositioning, or asking sexually explicit questions of staff members — often junior and less powerful staffers who could be intimidated into silence.

"You could definitely see the creep factor and the creepy touching. That was out in the open for everybody to see . . . Obviously, no one wants that and no one wants to be uncomfortably touched by someone . . . but you didn't want to [anger them] or you would be fired, so it was just that culture of fear," one former employee recounted. Several staffers also noted that the offending producers behaved differently in front of Ellen herself, but others weren't convinced. "She knows," a former employee said. "She knows s**t goes on, but also she doesn't want to hear it."

In early August, the controversy only got hotter when several celebrities came to Ellen's defense, sharing positive stories about their experiences with the host. Katy Perry, Kevin Hart, Ashton Kutcher, Alec Baldwin, and several others posted on social media supporting her. The backlash, however, was swift, as nonfamous viewers pointed out that how a celebrity is treated is likely to be very different from how someone "unimportant" may be treated.

That being said, August also saw the departure of the three producers named in BuzzFeed's article, as well as another apology from Ellen. On Aug. 17, sources confirmed to People that Ellen filmed a video apology for her staff. "I'm a multilayered person, and I try to be the best person I can be, and I try to learn from my mistakes," she reportedly said, adding her hopes for moving forward when production resumes.

According to Deadline, Ellen has said that she will be addressing the controversy when the show resumes this fall. Season 18 is set to premiere Monday, Sept. 21, filming in its usual studio on the Warner Bros. lot with the notable difference of no live studio audience. "I can't wait to get back to work and back to our studio. And, yes, we're gonna talk about it," Ellen said in the announcement of the season premiere. After everything that's gone down since the last time she's been in the studio, we're definitely curious about what she'll have to say.