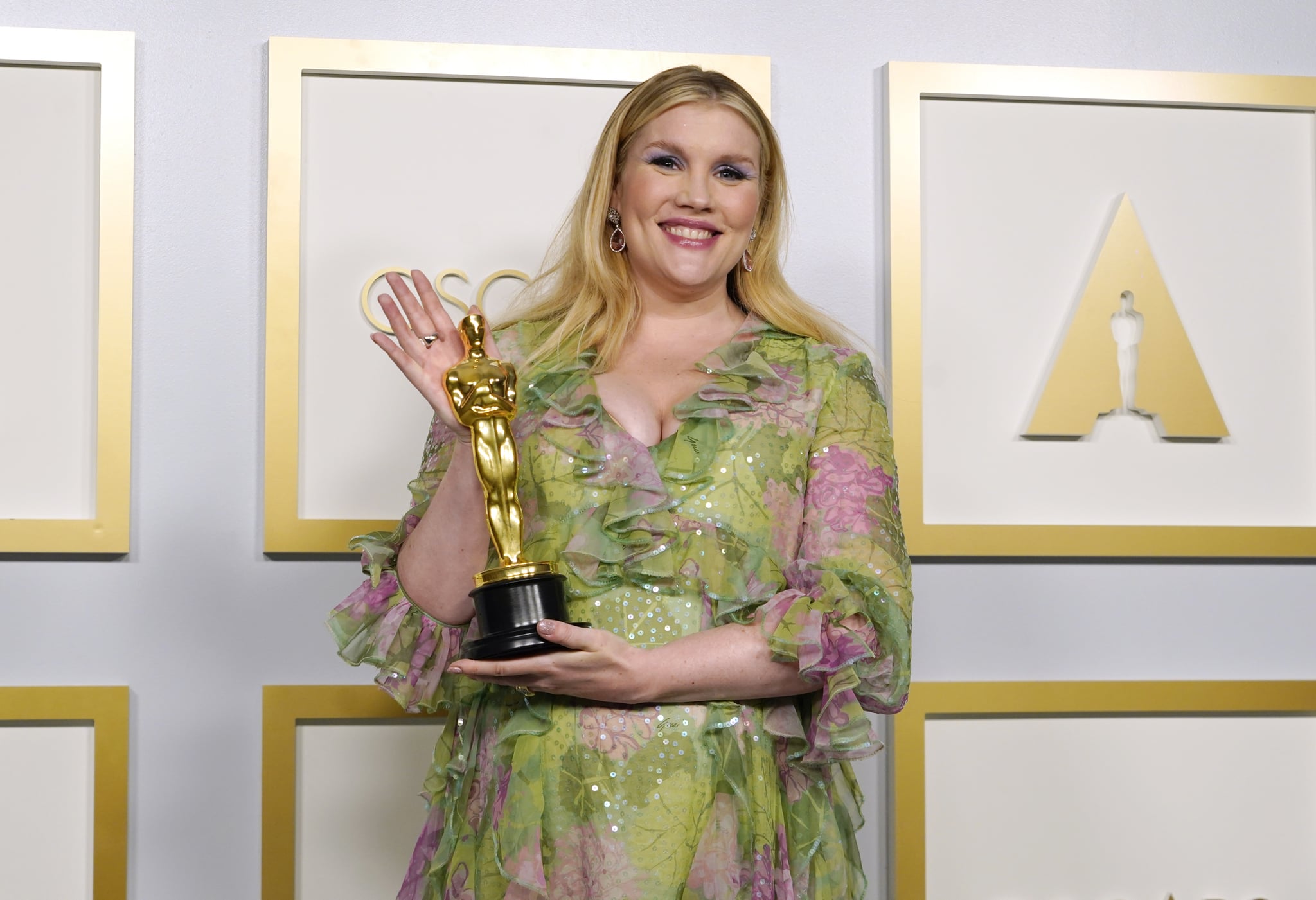 Emerald Fennell is celebrating her first Oscars win. On April 25, the Promising Young Woman leader took home the night's award for best original screenplay — marking over 13 years since the last woman (Diablo Cody) won in the same category. Following the show's celebration, Emerald stopped by the press room to tell journalists about her momentous achievement, future projects, and, yes, she got another Zack Morris mention in there.

Emerald delivered one of the most memorable acceptance speeches of the night, despite not preparing one in the first place! She paid tribute to her cast and her family, including her young son and baby on the way. These shout-outs were expected, but what came as a surprise was a nod to Mark-Paul Gosselaar's Saved by the Bell character, who Emerald remembered thanking as her "very supportive husband" in her fake speeches at age 10. Twenty-five years later, Emerald is slightly embarrassed to know her comments got Zack's name trending on Twitter, but she joked if he "doesn't mind" her current pregnancy "situation," they should "just give it a go."

Original screenplay #Oscar winner Emerald Fennell talks her pregnancy and Zack Morris mention: "If Zack Morris doesn't mind this situation, I think we should just give it a go" https://t.co/5gbOExvhJj pic.twitter.com/VssrmH2y9v

Emerald describes her film as a "poison popcorn" flick, a concept she previously wrote about in the LA Times. She elaborated further after the award show and told reporters she expected it to be a film "people would want to go and see that even if it's about something difficult and troubling . . . it would still be a movie that you would go and watch with your friends, with your boyfriend, and you would talk about it afterwards."

Even with its "glossy," "feminine," and "poppy," exterior Emerald purposely created a "disgusting" plot with "some very difficult and dark subject matter." It sounds like we haven't seen the last of the "poison popcorn" genre from her, either. "I think probably that is something I will do in the future a little bit," she added in her remarks.