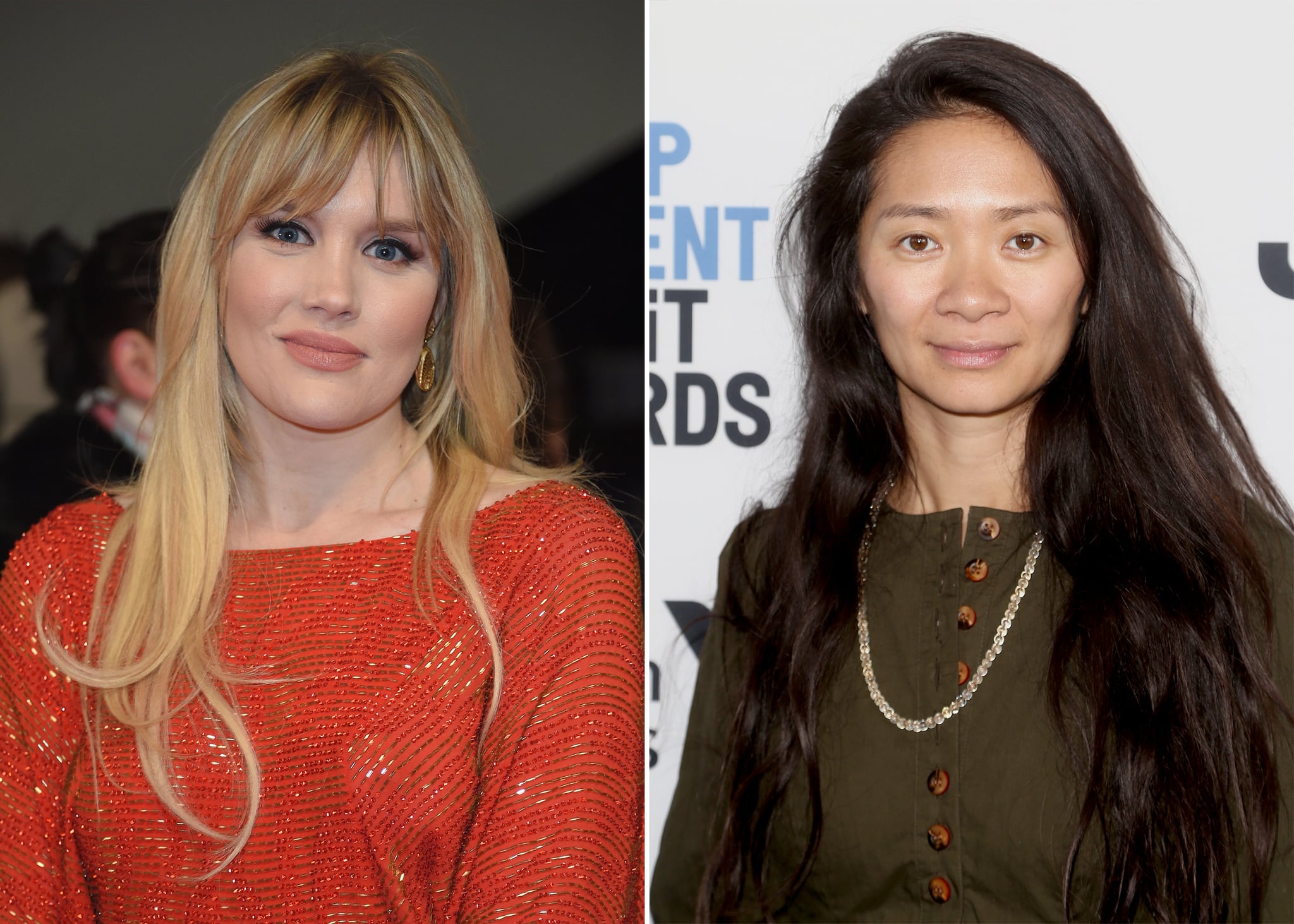 Image Source: Getty / Anthony Harvey / Tommaso Boddi
Doesn't it feel like we were just talking about how ridiculous it is that this is the first time in Oscars history more than one woman was nominated for best director? Oh wait, that's because we just had this discussion about the Golden Globes! With the nominations of Emerald Fennell and Chloé Zhao, only seven women — Lina Wertmüller in 1977, Jane Campion in 1994, Sofia Coppola in 2003, Kathryn Bigelow in 2010, and Greta Gerwig in 2018 — have been nominated for best director in the history of the Academy Awards. Currently, Bigelow is the only woman to win in the category for The Hurt Locker. As if all that wasn't bad enough, Zhao is the first non-white woman to be nominated. Let that sink in.

While women are underrepresented when it comes to directing — only representing 16 percent of the 100 highest-grossing films in 2020, 12 percent in 2019, and 4 percent in 2018 — it's high time they're recognized for their work. It's been 11 years since Bigelow won the category and three years since a woman was even nominated, but for what reason? There have been more than enough women-led films worthy of at least a nomination.

Ava DuVernay's Selma was good enough for her to get a Golden Globe nomination and for the film to be nominated for best picture at that year's Academy Awards ceremony. But she lost out on an Academy Award nomination for best director to Wes Anderson, Richard Linklater, Bennett Miller, Morten Tyldum, and Alejandro González Iñárritu. Other snubs we've seen include Lulu Wang for The Farewell, Olivia Wilde for Booksmart, Lorene Scafaria for Hustlers, Marielle Heller for Can You Ever Forgive Me?, and Céline Sciamma for Portrait of a Lady on Fire.

"It's not only exhausting that the Academy is just now making history for nominating more than one woman in the category, but it's also that Zhao is the first non-white woman to ever be nominated."

It's not only exhausting that the Academy is just now making history for nominating more than one woman in the category, but it's also that Zhao is the first non-white woman to ever be nominated. Don't even get us started about the fact that there have only been seven Asian and six Black male directors nominated in the ceremony's history. Not a single Black director has won the award, and of the seven Asian nominees, only two men have won.

"An Oscar nomination is the evidence of an industry that values work from its first screening until the nomination process. Often, women directors don't receive that level of notice," USC Annenberg Inclusion Initiative's Stacy L. Smith said in an email to The Hollywood Reporter. "To see continued progress, the Academy and other awards bodies must recognize the work of women not only once but across their careers — as has happened for men in this role." Not a single woman director has been nominated more than once for an Oscar.

Fennell and Zhao's nominations are exciting in their own rights, as both women put their heart and soul into their respective films. Both have also earned multiple nominations, with Zhao nominated in the film editing, adapted screenplay, director, and best picture categories for Nomadland and Fennell nominated in the best director, screenplay, and best picture categories for Promising Young Woman. The Academy may just now be making history with their nominations, but it's not too late for them to make this a permanent change and push towards diversity and inclusion. A way to make this change? Expand the category as they did for the number of best picture films. If eight or nine films can make the cut for best picture, why can't the same be made for directors? Particularly if they want the category to be more representative of the industry as a whole.