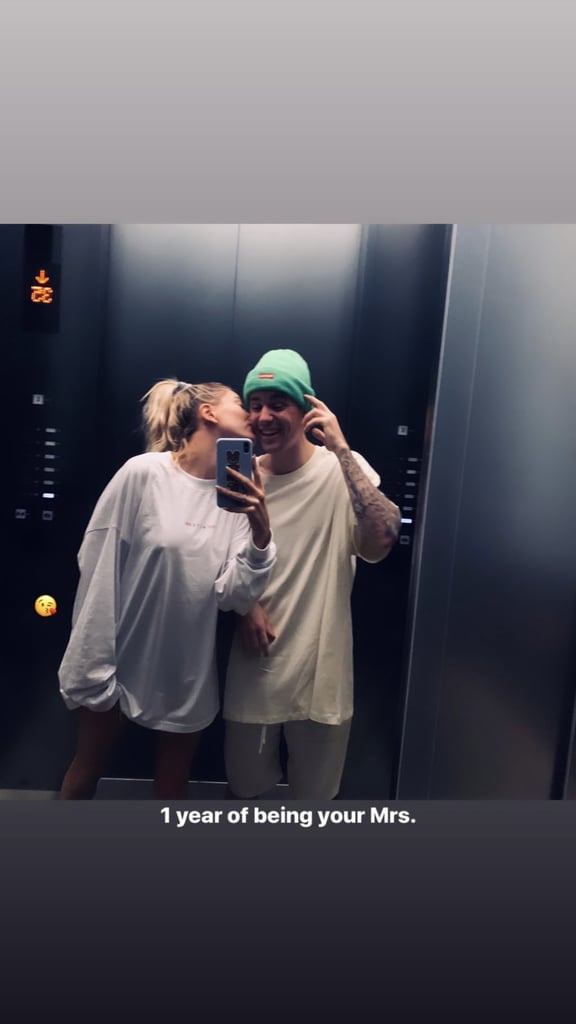 Hailey Baldwin and Justin Bieber have one year of marriage in the books! On Sept. 13, Hailey celebrated their milestone with a series of snaps featuring the couple on various adventures. While one photo shows the 22-year-old model planting a kiss on Justin, 25, another captures the duo cuddling up against the night sky. "1 year of being your Mrs.," Hailey wrote before adding, "My heart."

The lovebirds secretly tied the knot in September 2018 after dating on and off between 2015 and 2016. On Sept. 30, they'll reportedly have an official, intimate wedding reception in South Carolina. "We're really young, and that's a scary aspect," Hailey said, opening up about their marriage in Vogue's March issue. "We're going to change a lot. But we're committed to growing together and supporting each other in those changes." Look ahead to see more sweet snaps from her anniversary tribute!

Britney Spears
Lord, Give Me the Strength Not to Cry Over Sam Asghari's Birthday Post For Britney Spears
by Chanel Vargas 15 hours ago

Celebrity Couples
Try Not to Cry as Michael B. Jordan Gushes About Lori Harvey: "I Finally Found What Love Was"
by Njera Perkins 21 hours ago