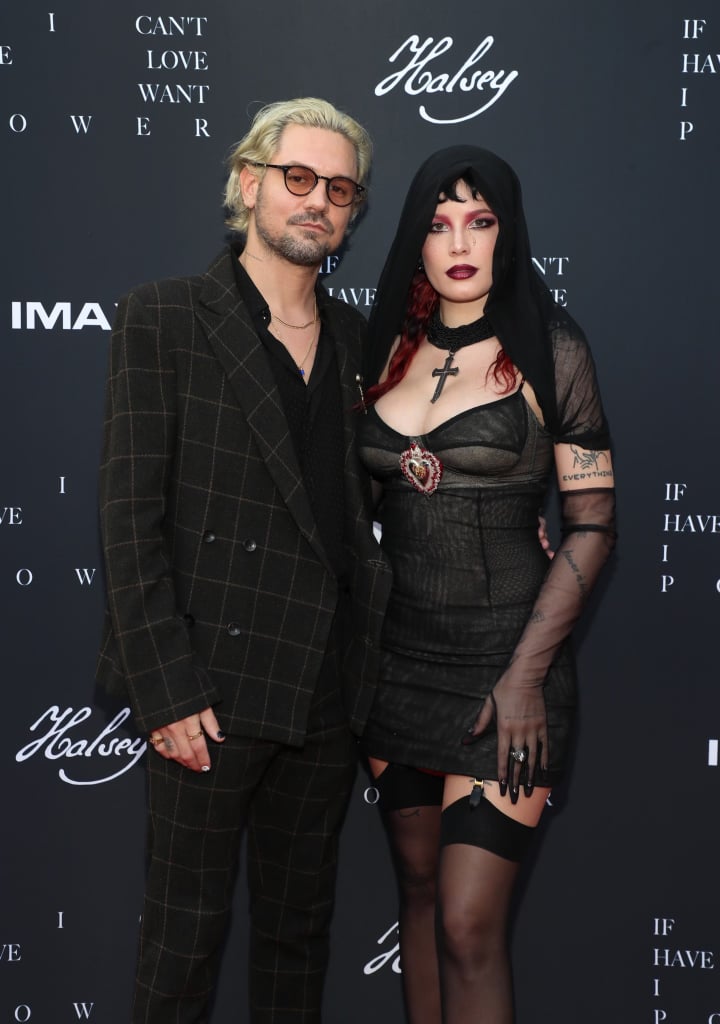 Halsey celebrated the release of If I Can't Have Love, I Want Power surrounded by loved ones. On Tuesday, the 26-year-old attended the premiere of their new IMAX movie in LA alongside boyfriend Alev Aydin. Not only did it mark Halsey's first official appearance since giving birth to her first child in July, but it also marked her red carpet debut with Alev. The couple seemingly coordinated their looks as Alev wore a black suit and tinted sunglasses, while Halsey stunned in a black dress and dark red makeup.

In July, Halsey first teased that If I Can't Have Love, I Want Power — which doubles as an IMAX movie and an album — would be "about the joys and horrors of pregnancy and childbirth." "It was very important to me that the cover art conveyed the sentiment of my journey over the past few months," they wrote. "The dichotomy of the Madonna and the Wh*re. The idea that me as a sexual being and my body as a vessel and gift to my child are two concepts that can co-exist peacefully and powerfully. My body has belonged to the world in many different ways the past few years, and this image is my means of reclaiming my autonomy and establishing my pride and strength as a life force for my human being." The film is currently playing in theaters, while the album is set to drop on Aug. 27. See more pictures from Halsey's premiere ahead.

Related:
16 Halsey Covers That Prove She Can Sing Just About Anything
Previous Next Start Slideshow
Celebrity CouplesRed CarpetHalsey

Celebrity News
Adam Rippon and Jussi-Pekka Kajaala Secretly Got Married: "It Was Perfect"
by Monica Sisavat 14 hours ago