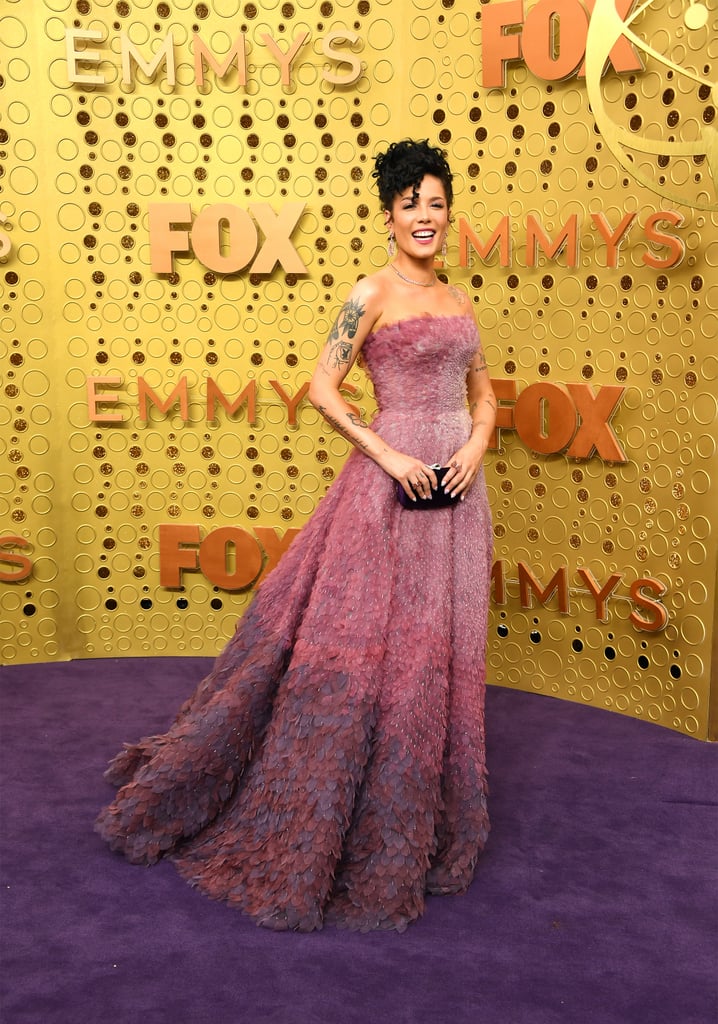 Halsey looked like a real-life princess when she stepped out at the 2019 Emmy Awards in LA on Sunday night. Dressed in a gorgeous pink and purple gown, the 24-year-old singer was practically glowing as she marked her first time at the ceremony. While Halsey wasn't nominated for any awards, she delivered an emotional cover of "Time After Time" during the in memoriam segment.

Halsey's big night comes a little over a week after she attended Rihanna's Savage x Fenty show in NYC, where she avoided a potentially awkward run in with her ex G-Eazy. She also performed at the iHeartRadio Music Festival in Las Vegas on Friday night and recently released her new single, "Graveyard." Yep, it's definitely been a busy month for Halsey. See more of her glamorous Emmys night ahead!

Related:
These Hot Halsey Pictures Will Have You Working Up a Sweat
Previous Next Start Slideshow
Red CarpetEmmy AwardsHalseyAward Season