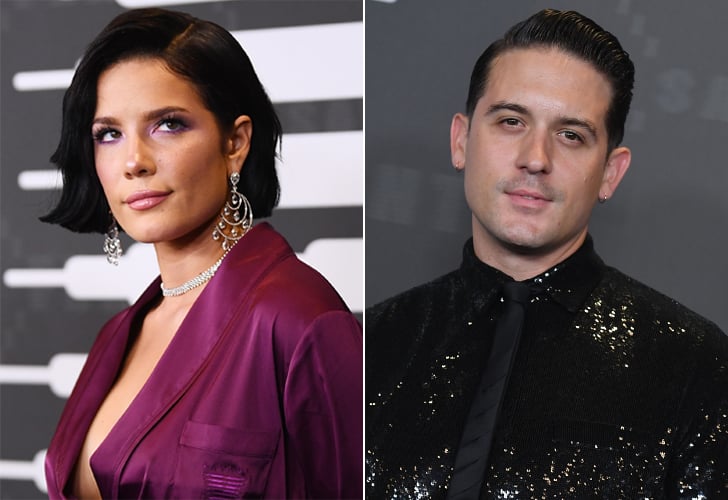 Things could have possibly gotten awkward for Halsey and G-Eazy when they attended Rihanna's Savage x Fenty show in NYC on Tuesday night. The exes — who dated on and off from August 2017 to October 2018 — both hit the red carpet at the New York Fashion Week event, though it looks like they were able to avoid each other. The 24-year-old singer looked sexy, as per usual, in a low-cut purple outfit, while the 30-year-old rapper kept things stylish in an all-black ensemble.

Halsey and G-Eazy first got together in 2017 after meeting at a party. While they initially kept their romance under wraps, Halsey pretty much confirmed the rumors when she referred to G-Eazy as "baby" in an Instagram post. However, in July 2018, the pair decided to "take some time apart," but they ended up reconciling a month later. Still, their relationship was short-lived as they split for good in October 2018. Halsey has previously hinted that G-Eazy's alleged cheating was the reason for their split, and in a recent interview with Cosmo, she called him a "sh*tty dude."

Halsey has since moved on with 22-year-old rocker Yungblud, and G-Eazy is dating 21-year-old Victoria's Secret model Yasmin Wijnaldum.

Related:
Halsey Gets Honest About Breaking the Pop Star Mold: "I'll Do What I Want"
Previous Next Start Slideshow
Red CarpetHalseyG-Eazy