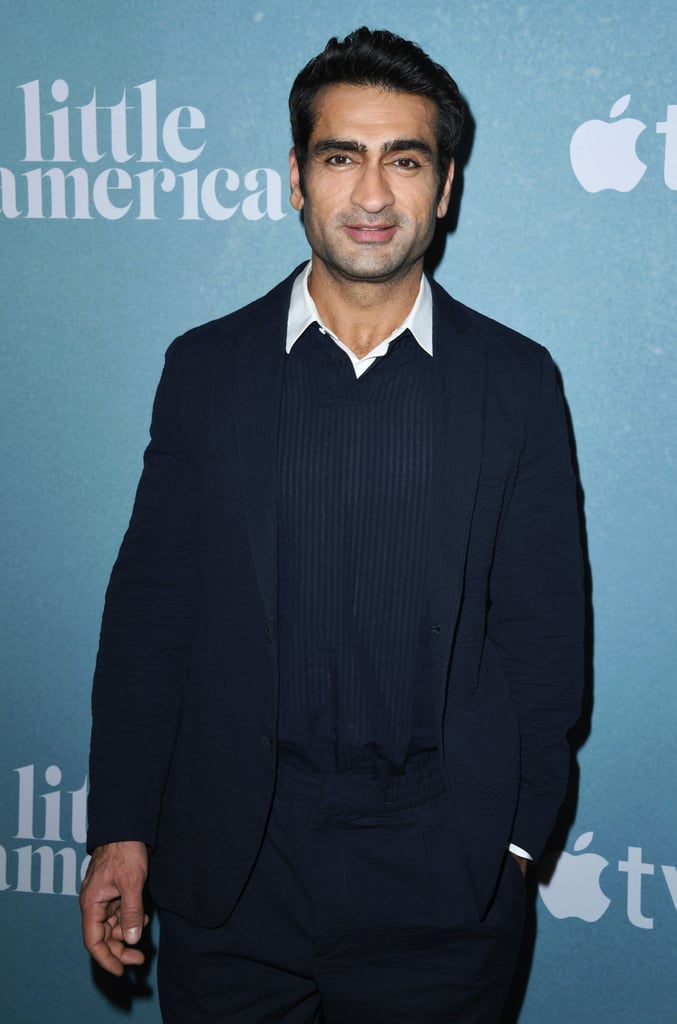 There's something about thick eyebrows, lush facial hair, and a man who knows how to use both of them to his advantage that you have to appreciate. Kumail Nanjiani is one of those men, and to make the deal even sweeter, he's a dynamic actor and comedian as well! The 42-year-old has been in the Hollywood scene since 2008, but he's most notably known for his role as Dinesh Chugtai on HBO's comedy series Silicon Valley, cowriting and costarring in the romantic comedy The Big Sick (written about his relationship with wife Emily V. Gordon), and his upcoming introduction to the Marvel Cinematic Universe as Kingo Sunen in The Eternals. So yeah, you can say he's well-known for his acting chops, but there's no denying his good looks.

The actor caused some serious cases of whiplash in December 2019 when he revealed his superhero transformation in preparation for The Eternals — because hot damn did he get sculpted — but he was handsome way before he gained the chiseled physique of a Marvel hero. Check out some of his best photos ahead and think about how thankful you are that he's using that jawline and those expressive eyebrows for good.

Related:
Fans Can Flock to Netflix in May to Watch Issa Rae and Kumail Nanjiani's The Lovebirds
Previous Next Start Slideshow
Celebrity InstagramsEye CandyKumail Nanjiani