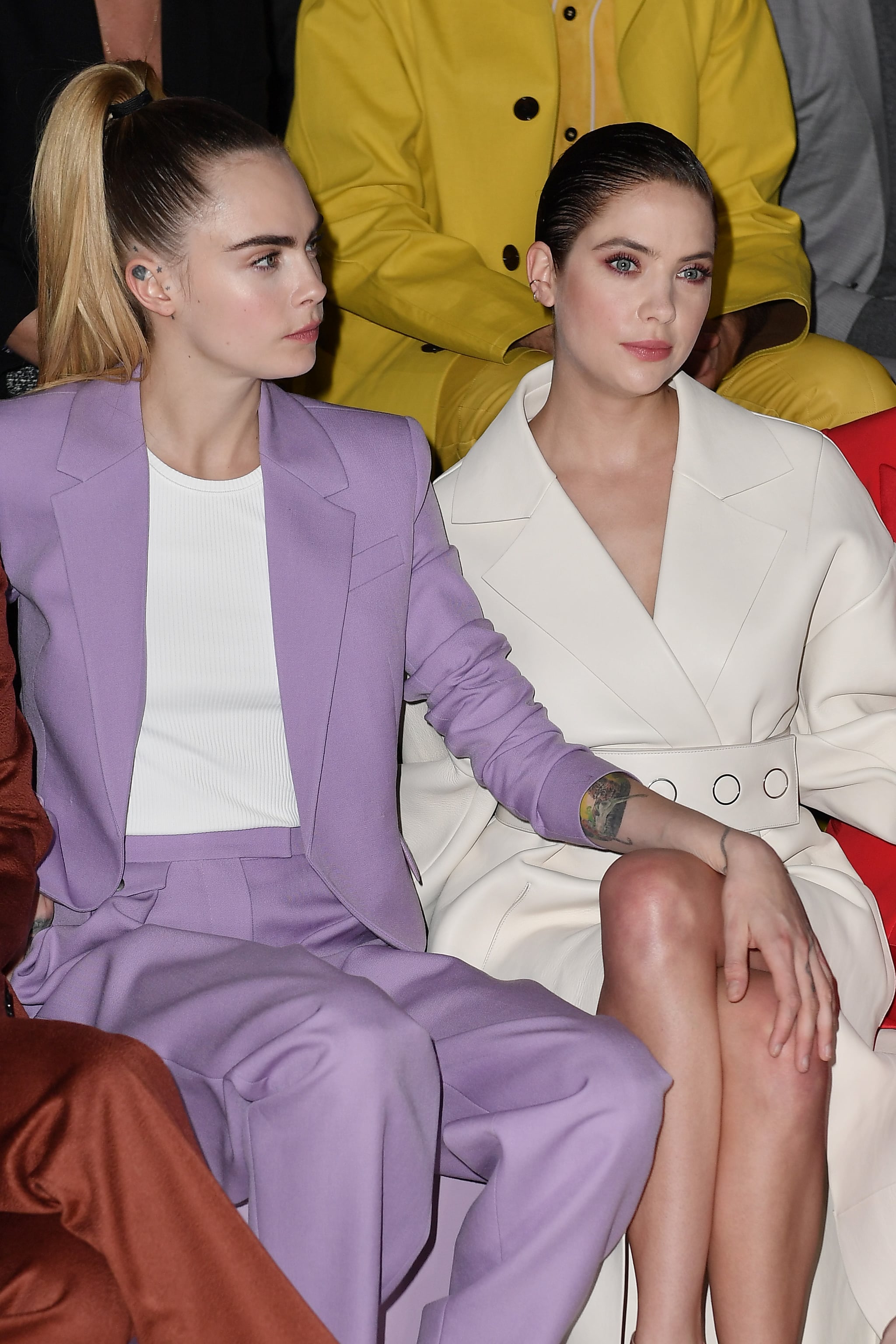 Ashley Benson and Cara Delevingne are one of the most fashionable couples in Hollywood, and definitely one of the hottest. The model and actress can be linked to each other as far back as May 2018 on social media, which is right around when they officially met on the set of the 2018 film Her Smell.

Her Smell, where Cara played Crassie Cassie and Ashley played Roxie Rotten in a fictitious band called Akergirls, filmed in April and May 2018. Amid all this, Ashley posted the first selfie of the pair on her Instagram, but there was no obvious clue about whether or not they'd started dating. Ashley and Cara continued to pop up together on social media and at various hangouts for the next several months but it wasn't until they were spotted kissing in August 2018 that it was pretty much confirmed that the two were together. However, Cara didn't confirm their relationship until June 2019 with an Instagram video from Her Smell acknowledging "our one year anniversary."

Since then, the two have not hidden their love, going to events together, sharing sweet photos on Instagram, speaking about the other in interviews and even getting tattoos for each other. Cara even helped Ashley celebrate her 30th birthday in a completely epic way in Morocco and posted the loveliest message for her girlfriend on Instagram.

Cara, though, told Elle UK in October 2019 that sometimes she's been hesitant to mention Ashley so publicly, "Because [my relationship is] sacred. I get why people care so much, and I don't want to be so secretive that people think I'm ashamed of anything. But I've never been in a relationship where things are so public, or where I posted pictures of someone else. This seemed different." These two find a balance, though, between keeping much of their private lives private and sharing snippets with the public so we can see just how sweet and happy they are.