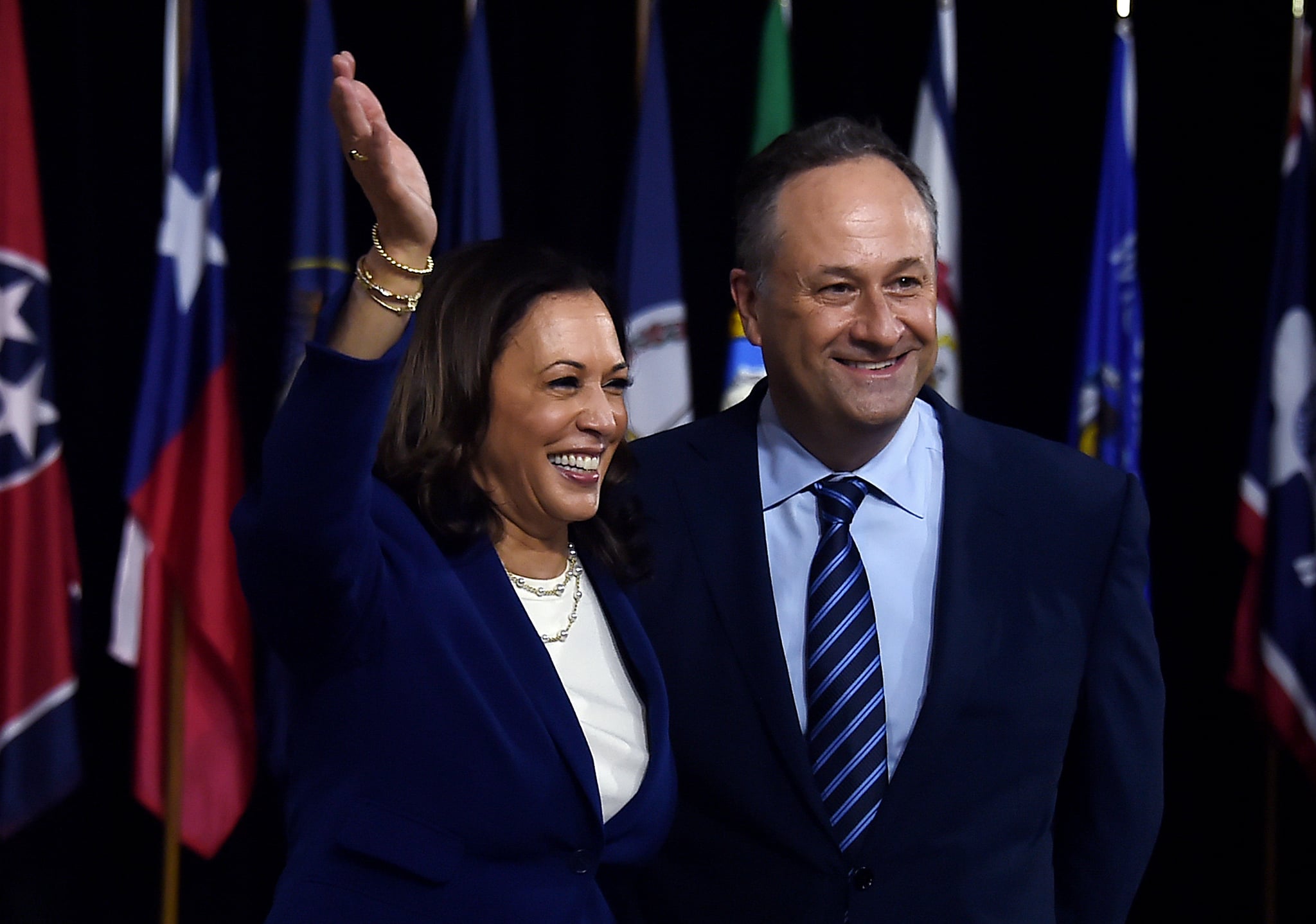 As Joe Biden's newly-announced running mate, Senator Kamala Harris is in one of the world's biggest spotlights, and her husband, attorney Doug Emhoff, is right there at her side. The story of how Harris met her husband is very sweet — and, perhaps surprisingly, very normal.

In the course of his work as an entertainment lawyer, Emhoff became acquainted with filmmaker Reginald Hudlin, one of his firm's clients, and his wife, PR consultant Chrisette Hudlin. As he told NBC News, the Hudlins set up a blind date in 2013 for Emhoff with a friend of theirs, who turned out to be Harris. "Oh my god, she's hot," Emhoff jokingly recalled thinking when he realized that he recognized Harris from her then-job as attorney general.

Harris elaborated quite a bit on their first meeting and first impressions in her memoir, The Truths We Hold. "The morning after our first date, Doug emailed me with a list of his available dates for the next couple of months. 'I'm too old to play games or hide the ball,' the email read. 'I really like you, and I want to see if we can make this work,'" she revealed. Harris had never been married before, but Emhoff had; he shares two children with his first wife, film producer Kerstin Emhoff. In her memoir, Harris also revealed her secret to making a good first impression when she first met her future stepchildren: bringing cookies! Apparently, it worked — Harris has revealed on several occasions that her stepkids playfully call her "Momala."

Meeting Emhoff's kids, Harris wrote in a 2019 Elle article, was just as important as meeting Emhoff himself. "Doug and I put a lot of thought into when and how I would first meet the kids. And that meant waiting," she wrote. "I was already hooked on Doug, but I believe it was Cole and Ella who reeled me in." Plus, she shared to Elle, she ended up befriending Emhoff's ex-wife Kerstin as well. "Kerstin is an incredible mother. Kerstin and I hit it off ourselves and are dear friends . . . We sometimes joke that our modern family is almost a little too functional."

If the Biden/Harris ticket carries the day in November, Emhoff will become the first-ever "second gentleman" of the United States! We're looking forward to seeing more of Harris and Emhoff on the campaign trail leading up to the election.