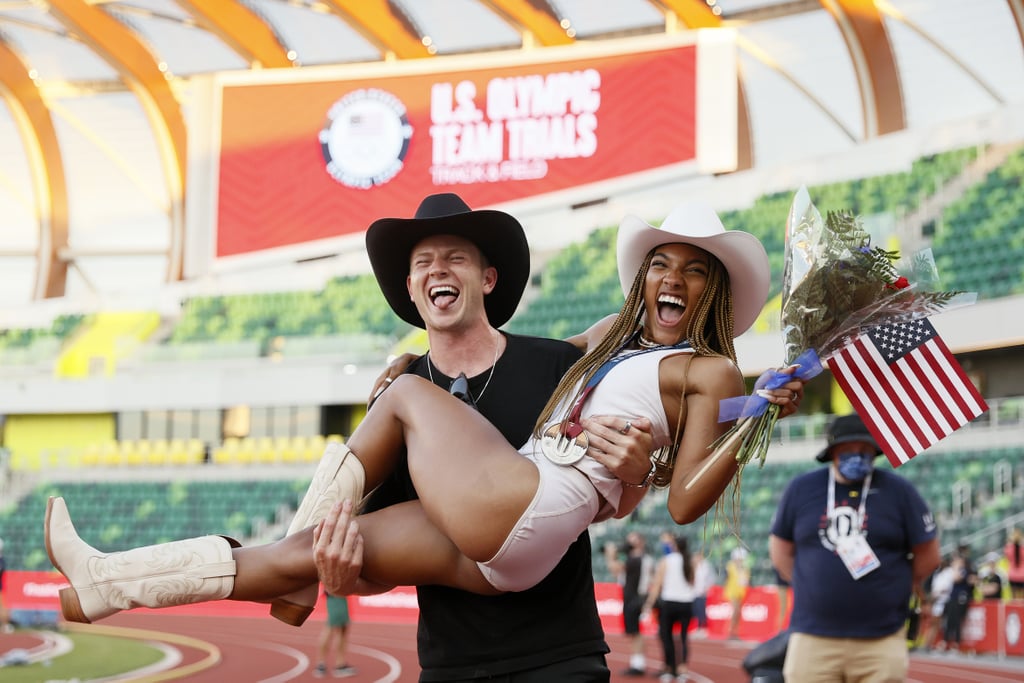 Tara Davis and Hunter Woodhall's love story might as well be acted out in Netflix's next rom-com. The pro athletes are on their way to the Olympic and Paralympic Games this summer, but back in 2017, Tara and Hunter were meeting for the first time at a track meet. The couple broke down the details about the start of their relationship in a YouTube video, and it's just as adorable as you'd expect.

It only seems appropriate that Tara and Hunter met at an athletic competition. When they were both 16, they traveled to the Simplot Games in Idaho — Tara from California and Hunter from Utah. They caught each other's attention at different times. Hunter saw Tara race the hurdles, and told his best friend, "Damn, that girl is fine. I'm gonna marry that girl." Later in the day, Tara saw Hunter stretching before his 400-meter event and sparks flew instantly. "I just saw him and was like, 'Ooh, who's that?'" Tara recalled. "I kinda just stared at him for a little bit."