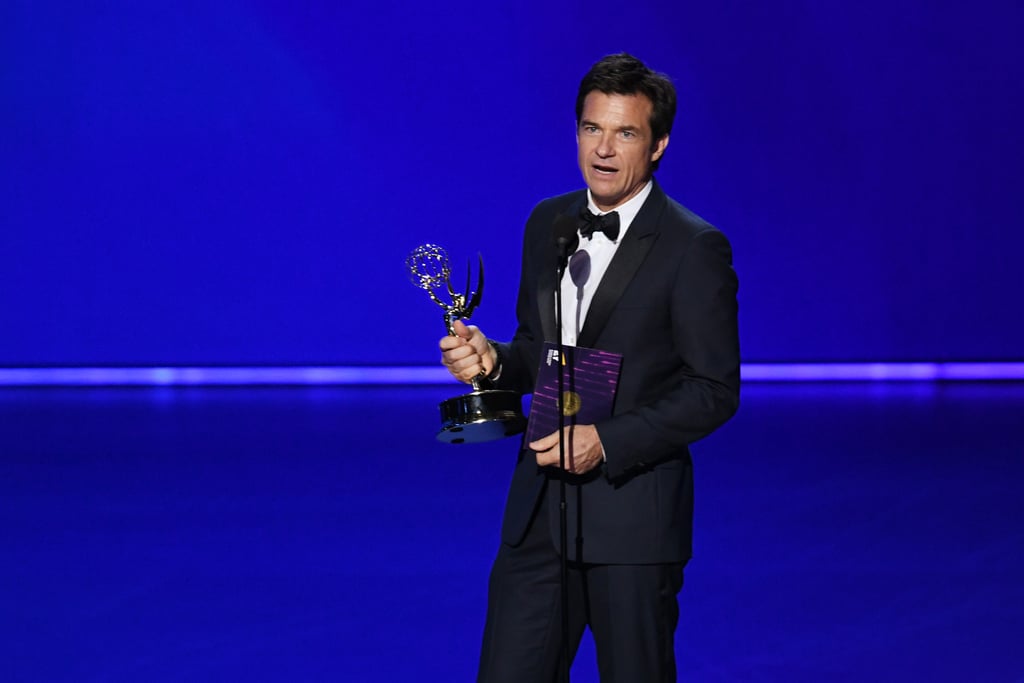 Jason Bateman at the 2019 Emmys

Jason Bateman's reaction to his win at the 2019 Emmys seemed like a scene straight out of Arrested Development. The actor's work behind the camera on Ozark earned him the award for outstanding directing for a drama series on Sunday night. He was up against several Game of Thrones directors; however, Jason looked genuinely shocked when his name was announced as the winner, and his delayed reaction and subsequent, nonchalant "wow" has since become one of the evening's funniest memes.

A slow-motion version also started making the rounds on Twitter shortly after, making the moment look like a dramatic Renaissance painting. Check out the internet's reaction to Jason's, well, reaction ahead.