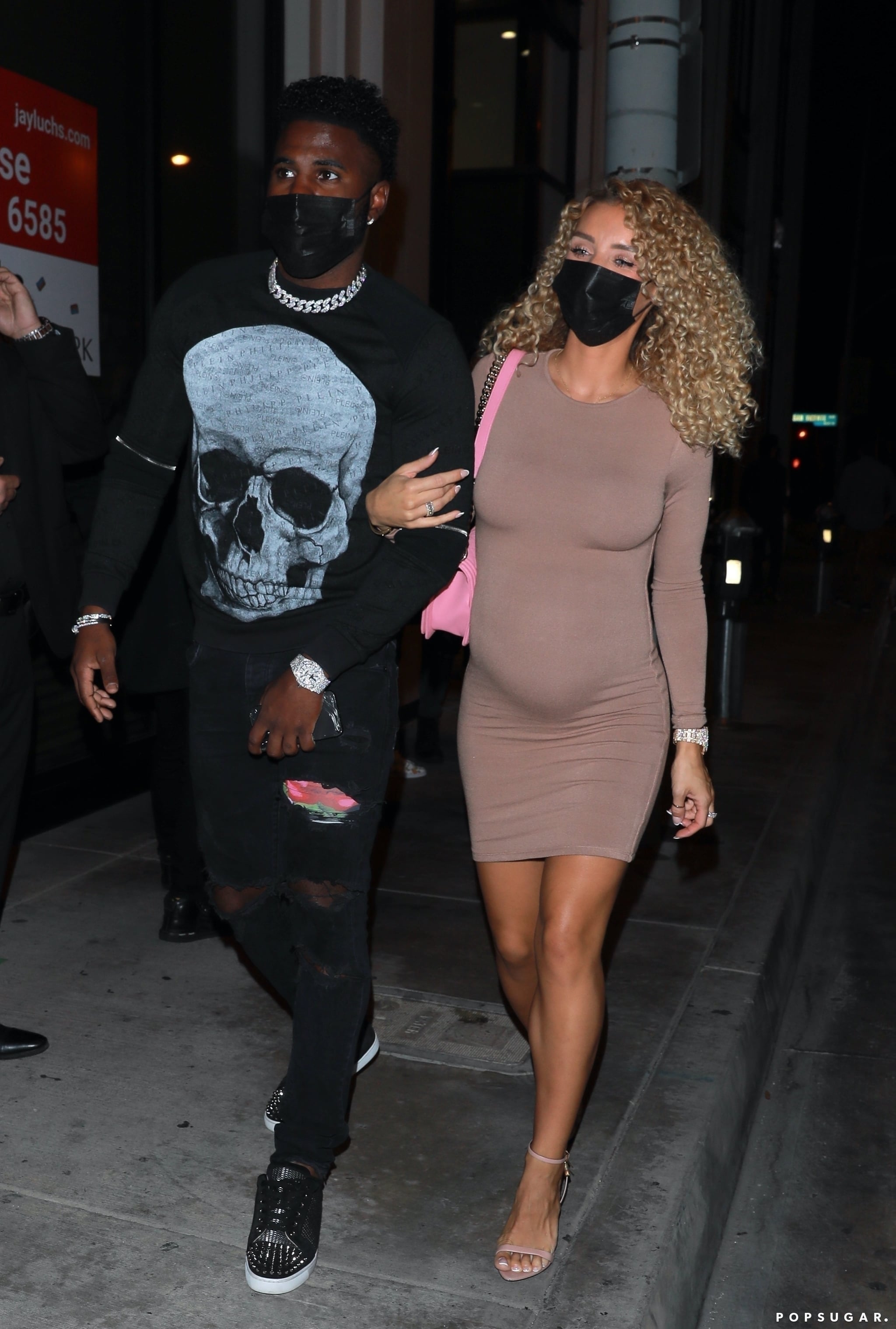 Jason Derulo and Jena Frumes go by mom and dad now! The couple welcomed their first child, a baby boy, on May 8. Over a week later, Jason and Jena shared the happy update with their followers on social media. "Life now has so much more meaning & I am so grateful," Jena wrote on Instagram. "I'm so so so in love with this little boy he's everything I never knew I needed."

Jena and Jason first announced the exciting pregnancy news back in March. During an appearance on The Drew Barrymore Show last month, Jason talked about eagerly awaiting fatherhood. "I could not be more excited . . . Everything happens in the right time," he said. "I was just starting to really get baby fever with age, and you meet someone that you really connect with. It happened at just the right time." On TikTok, Jason revealed the baby is named after him: Jason King Derulo. Aw! We're sending many congratulations to this new family of three. See the first photos of little Jason King, below.

Lindsay Lohan
Lindsay Lohan Marries Bader Shammas: "I Am the Luckiest Woman in the World"
by Sabienna Bowman 16 hours ago