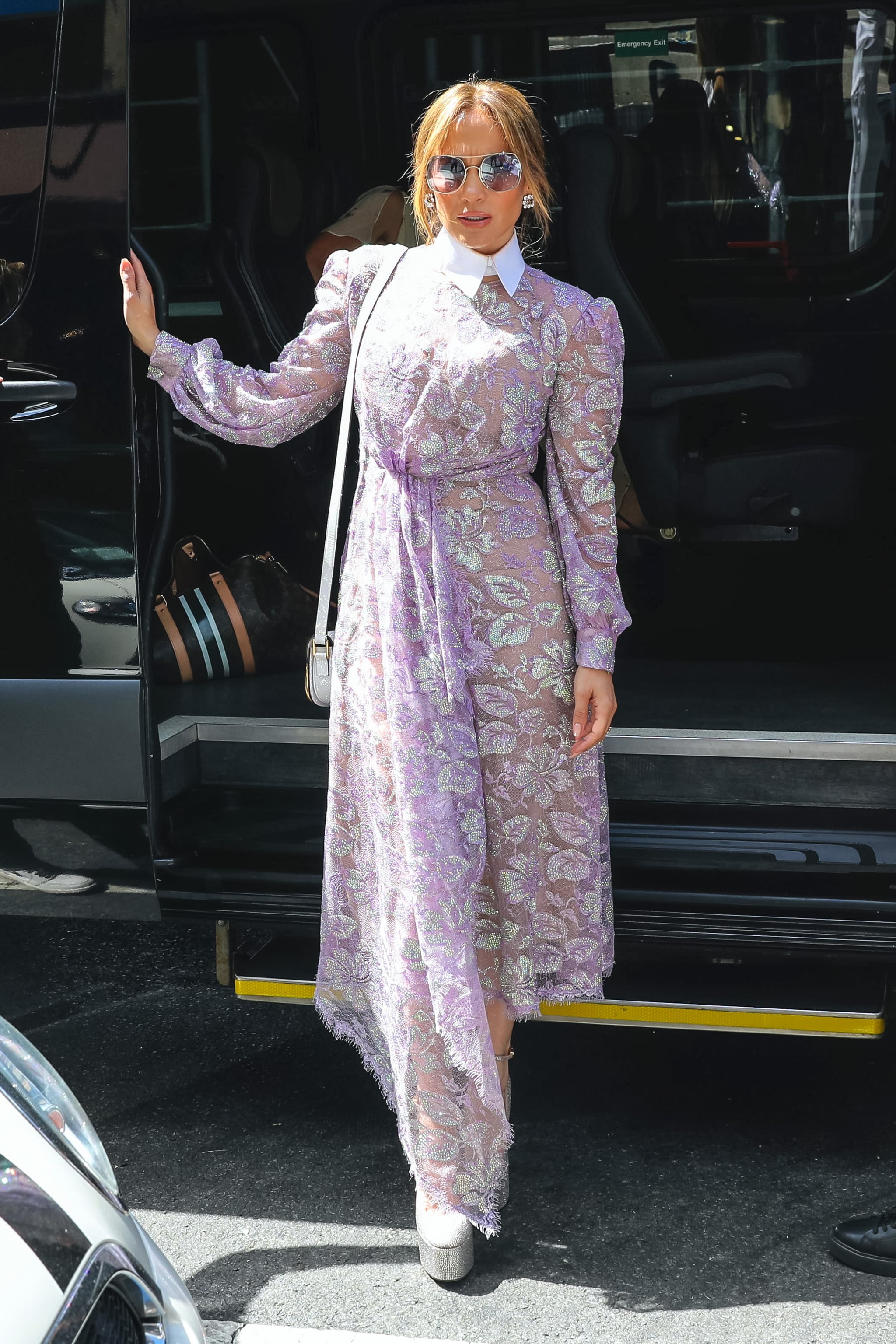 Jennifer Lopez is giving back to the Latinx community. Back in June, the 53-year-old star pledged to help disburse $14 billion in loans and six million hours of financial training to 600,000 Latina entrepreneurs by 2030, as part of her new partnership with the nonprofit microfinance organization Grameen America, per an interview with Entrepreneur magazine published Oct. 4. As she's a Latina entrepreneur herself, this is a cause close to Lopez's heart, having previously joined forces with Goldman Sachs in 2021 for an initiative called Limitless Labs aimed to uplift Latinas in business and provide them with the resources they need to be successful.

"In front of Goldman Sachs, I said, 'I know you've done this for African American women entrepreneurs. Now how about Latinas?'" Lopez told Entrepreneur. She continued, "In the past 10 years, Latino businesses grew 44%, compared to 4% in other [demographics], and yet, we remain, like, 60% less likely to receive loans from national banks. Women overall only receive 4% of loans from mainstream banks. We get, like, $1 out of every $23. And obviously, for women of color, it's even lower." That's not to mention the average wage gap, in which Latinas make only 57 percent of what their white men counterparts do, according to the American Association of University Women.

"I think, honestly, we just haven't had the opportunities that other people have had in this country," Lopez said, explaining why she's so passionate about the project. "But also . . . I believe there's a little bit of the thinking I was talking about earlier — how I felt when I was coming up. It was like, I was just lucky to have whatever I had. I think there's a little bit of 'be grateful' in our culture. Be grateful for what you have instead of striving for more," Lopez continued.

Now, she's making it her personal mission to offset these massive disparities and give more Latinas the money, mentorship, and financial literacy that they need in order to thrive. "I think this new generation is, like, Wait a minute . . . I'm a part of the fabric and wealth and growth of this country. I contribute in a really meaningful way,'" she said.

As Grameen's national ambassador, Lopez says her main goal is to create "pathways to employment and leadership opportunities," per People. "Being Latino in this country has always been a matter of pride for me. I am humbled and beyond grateful to partner with Grameen America," Lopez added in a statement to the publication. "This partnership will create equality, inclusivity and opportunity for Latina women in business. This will change the fabric of America!"

Becky G
Becky G Tearfully Celebrates Making the Forbes "30 Under 30" List: "Mija, We Did It"
by Chanel Vargas 4 hours ago