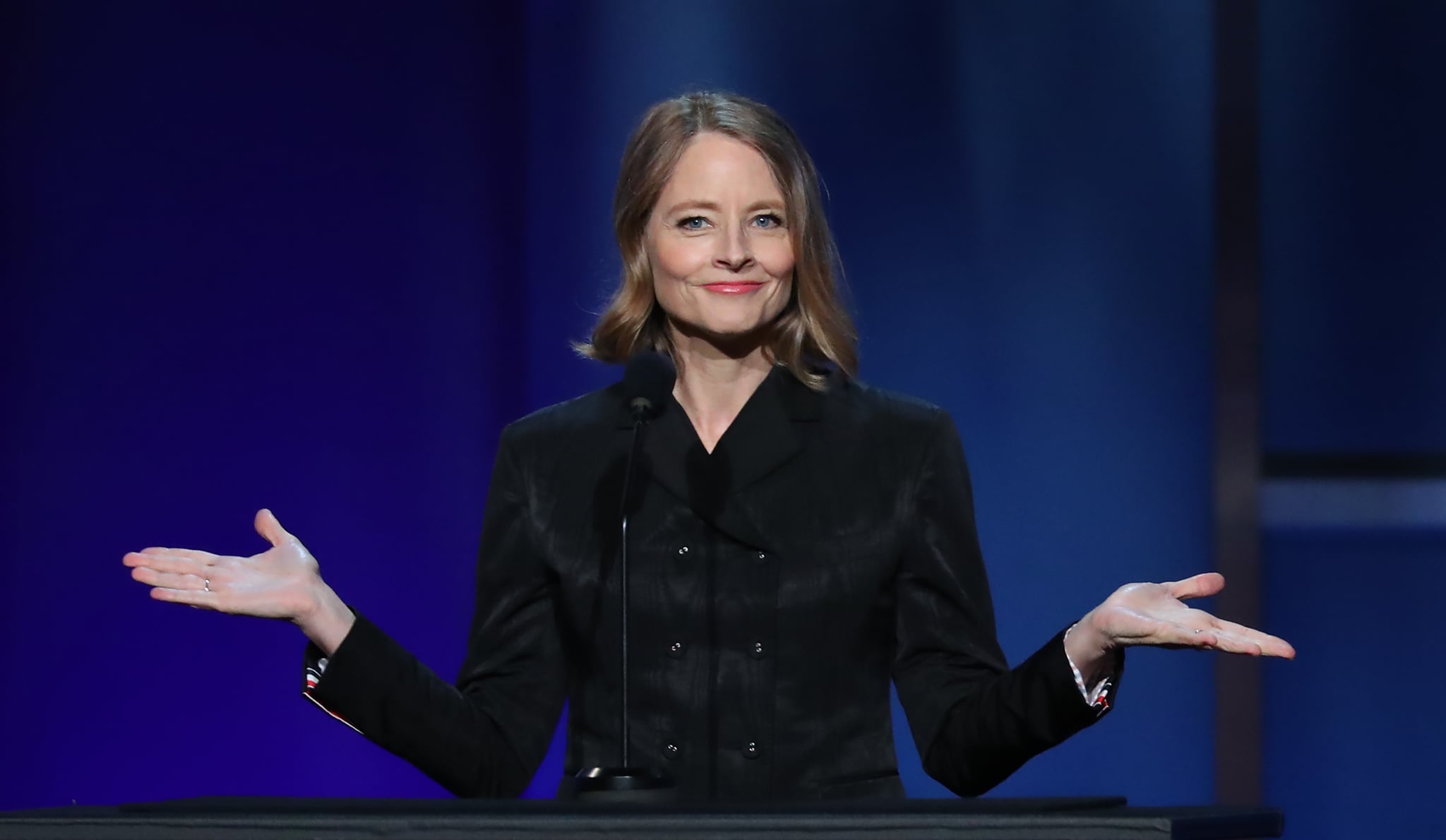 If you were confused as to why Jodie Foster thanked Aaron Rodgers during her 2021 Golden Globes acceptance speech, you're not alone. It wasn't because she's the reason Aaron and Shailene Woodley got together; she was just making good on a promise to Jimmy Kimmel. While accepting the MVP award during the NFL Honors ceremony on Feb. 6, Aaron thanked Jodie in his speech and announced he was engaged. This led to an interesting exchange during Jodie's appearance on Jimmy Kimmel Live on Feb. 18, when Jimmy asked, "Do you know Aaron Rodgers?" To which she replied, "No." Jimmy then asked, "If you win the Golden Globe, will you name him in your speech?" Without missing a beat, she said, "Absolutely."

Jodie following through on her promise did nothing to quell the rumors that she'd set up Shailene, her costar in The Mauritanian, and Aaron, who plays for Jodie's beloved Green Bay Packers. It wasn't until after winning best supporting actress in a motion picture for The Mauritanian that she was finally able to shut them down. "I did not set up Shailene and Aaron, I have never met Aaron Rodgers," she told Yahoo Entertainment backstage at the Golden Globes. "But it is possible that I do like to talk about how much I love the Green Bay Packers. And sometimes I can talk a little too much about that. So of course Shailene was very aware of my enthusiasm for the team." She might not have set them up, but we feel like she'll get an invite to the wedding. Aaron did send her a video message saying he's going to get Jodie back, after all.

Celebrity Instagrams
Becca Tilley Gushes Over Hayley Kiyoko: "[She] Has Really Made Me Feel Brave"
by Eden Arielle Gordon 17 hours ago