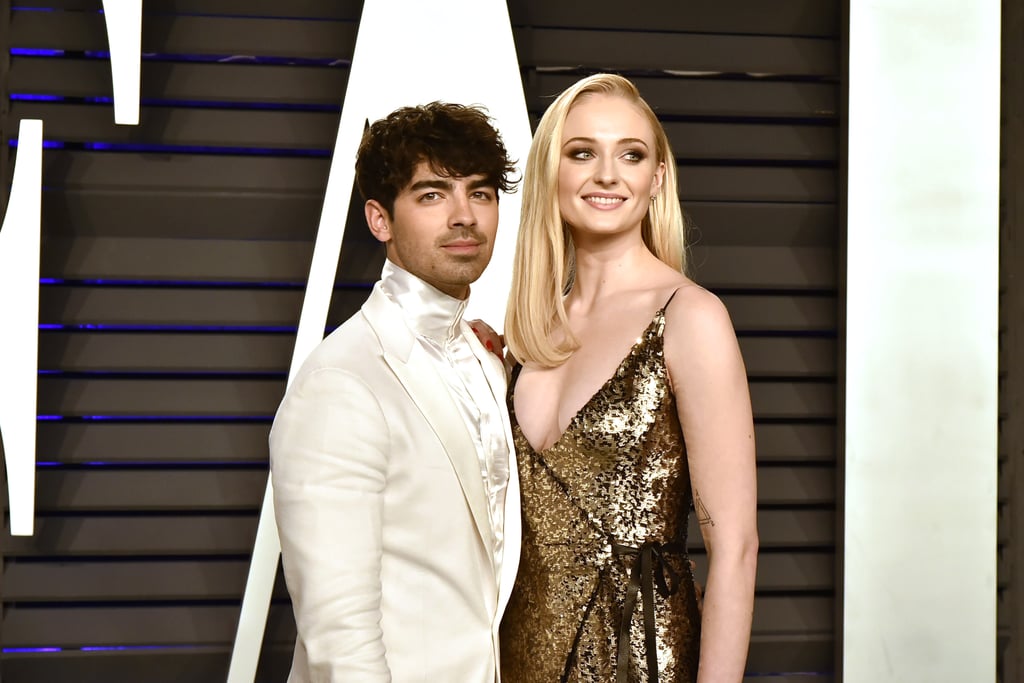 Who knew Joe Jonas's Christmas gift to Sophie Turner would actually be a gift to us all? On Tuesday, the actress thanked her husband for gifting her a Hannah Montana T-shirt, and the nostalgia is almost too much to take. "Thanks to the hubbs of the year for my early Christmas gift," she captioned the selfie. As if that wasn't exciting enough, Miley Cyrus got in on the fun by reposting the picture with the text, "Yassss @sophiet."

It goes without saying that the gift is truly "the best of both worlds" for Jonas Brothers and Miley fans. During their Disney Channel days, Joe and his brothers rose to fame when they made a special appearance on Miley's hit Disney Channel series, Hannah Montana. They even went on the road together for the Best of Both Worlds Tour and recorded several songs together. Not to mention, Miley famously dated Joe's brother Nick in the early 2000s. Get a closer glimpse of Sophie's fabulous gift ahead.