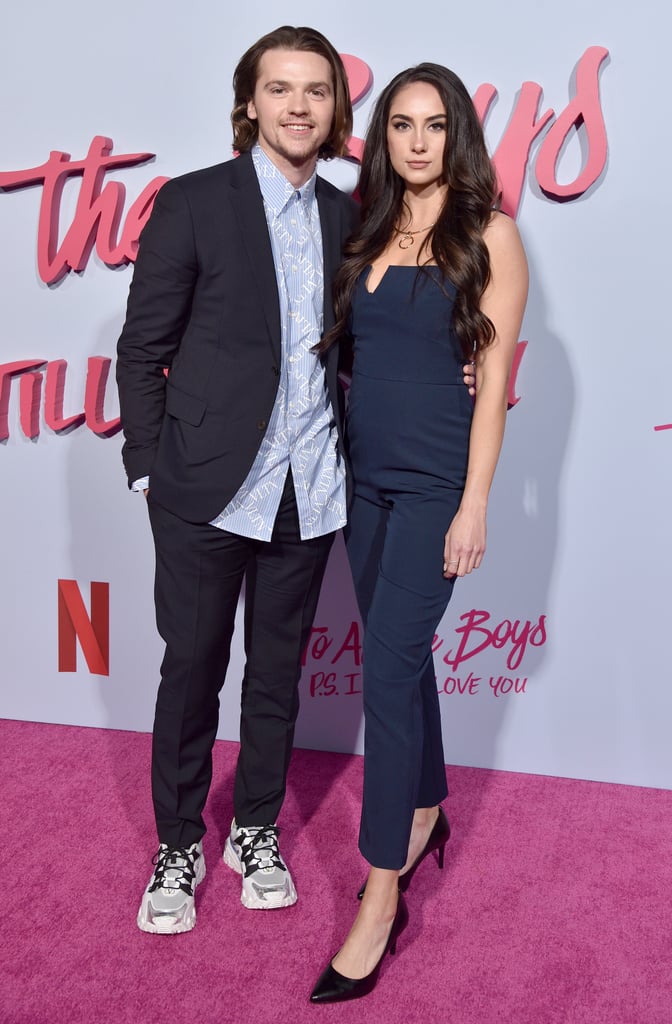 Joel Courtney may have found love with Rachel in his role as Lee in Netflix's The Kissing Booth, but off screen, he's happily married to Mia Scholink. Joel and Mia have actually known each other since they were kids, and in 2017, they began dating. The 25-year-old actor popped the question to Mia on Valentine's Day in 2020, and seven months later, they tied the knot in an outdoor ceremony in Arizona. "I am just so thrilled to be married," Joel gushed to People at the time. "It's one of those things where as much planning and as much anticipation goes into the day, I'm so excited to be married to my best friend." To celebrate the release of The Kissing Booth 3, see Joel and Mia's romance in photos ahead.

Celebrity Instagrams
Priscilla Presley Pays Tribute to Lisa Marie on Her 55th Birthday: "Our Hearts Are Broken"
by Eden Arielle Gordon 2 hours ago

Kylie Jenner
Kylie Jenner Celebrates Stormi's Birthday With a Giant Inflatable Slide: "The Most Special"
by Chandler Plante 3 hours ago