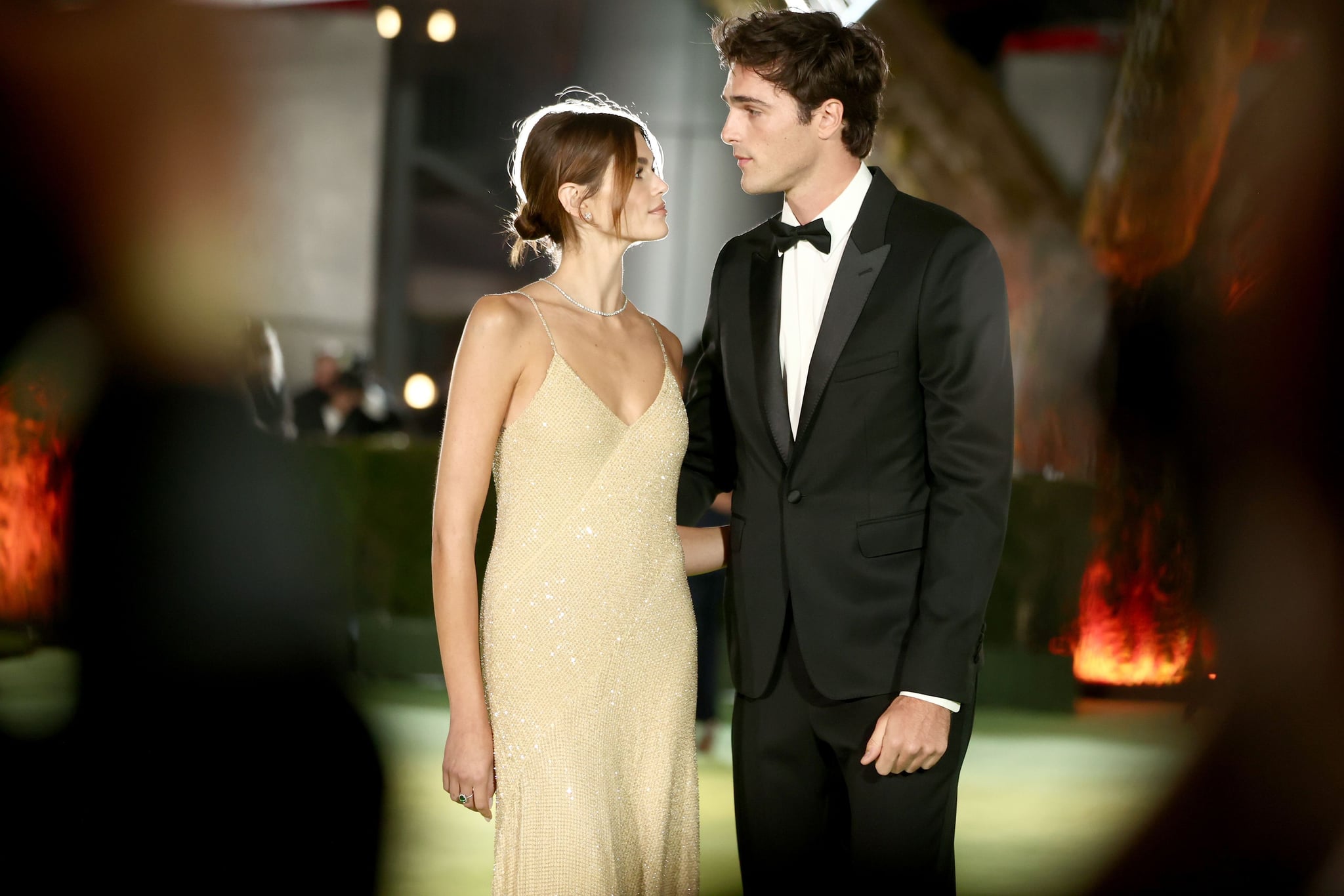 After one year of dating, Kaia Gerber and Jacob Elordi have decided to split up. Though the couple have called it quits, the breakup was reportedly "amicable." News of their split comes after Kaia removed photos of the two from her Instagram. The only remaining pictures of the couple are from a slideshow she shared from her 20th birthday celebration.

On Nov. 18, In Touch reported that a source said the pair's "schedules conflicted, they weren't spending much time together. It seemed like they were going backward instead of forward and that's why it wasn't working." The couple recently made their red carpet debut at the Academy Museum of Motion Pictures Opening Gala in September. Dating rumors began to swirl about the Euphoria actor and model's romance back in September 2020 after they were seen grabbing dinner together. The two made things Instagram official a month later after they dressed up as Elvis and Priscilla Presley for Halloween.