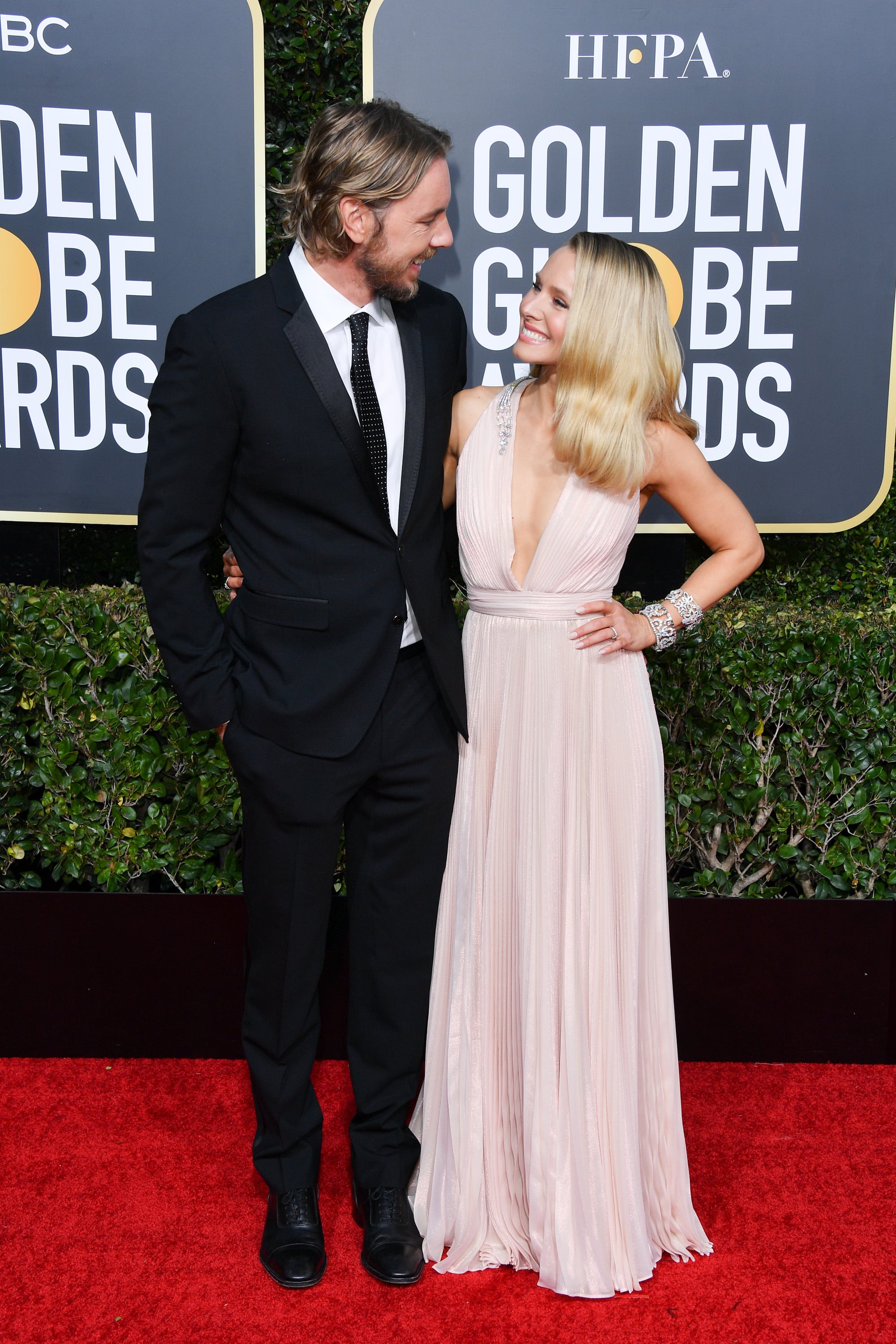 Love at first sight might happen for some, but for Kristen Bell and Dax Shepard, it took more time. In a candid interview with Today, Kristen opened up about how she and her husband of five years met and went from having no connection to falling for each other hard.

"The producer of Forgetting Sarah Marshall, Shauna Robertson, who's Judd Apatow's previous producing partner, had a birthday dinner," Kristen said. "Like, 10 people, maybe less, at a sushi restaurant. And I had just gotten out of a long-term relationship two months prior. And in retrospect, I realize [Dax] had just gotten out of a long relationship. We were sitting at a table. The only thing I remember is that he talked so much."

Kristen continued to quip about Dax's talkative side before adding, "I didn't know who he was. I'm like, 'Is that one of the guys from Jackass or something?' And then we left. There were no sparks whatsoever." They later crossed paths at a hockey game and "started to flirt." But what really sealed the deal was Dax's, let's say, bold approach to reaching out. "A day after [the hockey game], I get a text that says, 'Hi, my name is Dax. I violated your privacy and got your number from Shauna. How do you feel about that?'" the Frozen 2 star continued. "And I was like, 'Excuse me? You sound stimulating.'"

She went on to agree that the risky text could have been a major hit or a terrible miss. Thankfully, it worked out in Dax's favor. "He's so bold, and that was my kind of person. I was like, OK, starting it off with a really good joke that makes me feel butterflies." Eventually, those feelings grew stronger, especially for Kristen, who added, "I fell in love with him way before he fell in love with me." Now, the adorable duo — who wed in October 2013 — share daughters 6-year-old Lincoln and 4-year-old Delta while maintaining a close-knit bond. We'd say it was meant to be!