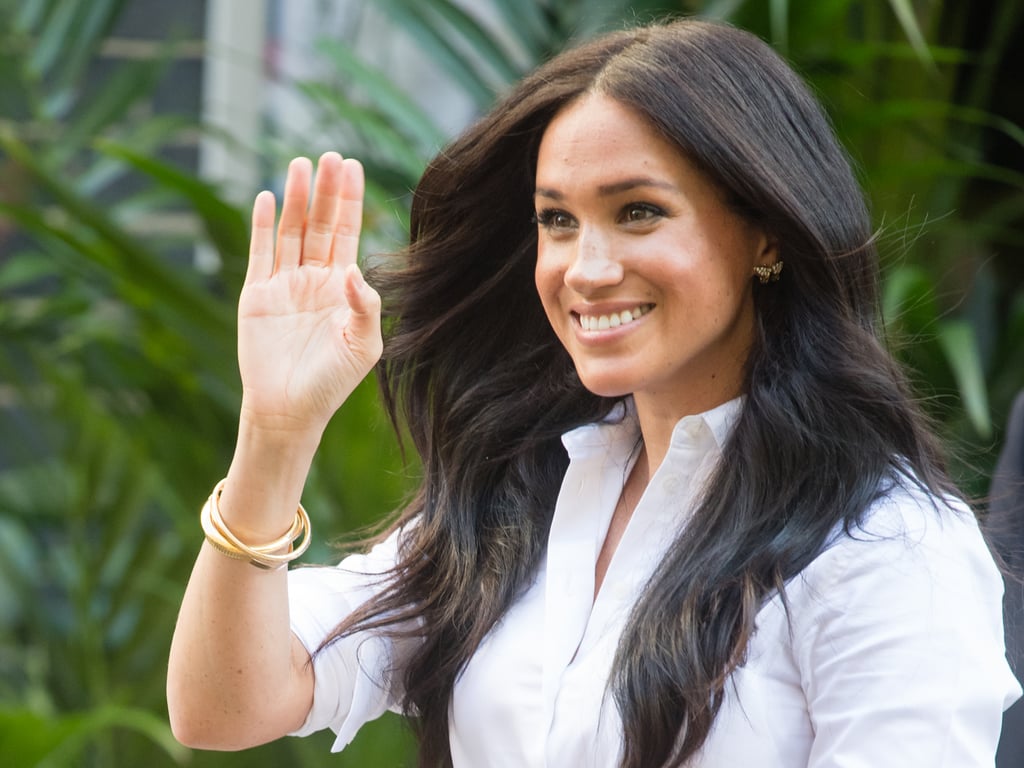 Maternity leave is officially over for the Duchess of Sussex, who stepped out on Thursday to launch her first-ever fashion collection. She was beaming as she arrived, no doubt excited to be back to working on something she feels so passionately about.

During the event, Meghan gave a powerful speech, in which she highlighted the importance of supporting other women by transforming charity into community. "When I first moved to the UK, it was incredibly important to me personally to be able to connect with people on the ground, doing really important work," she explained. "As women, it is 100 percent our responsibility I think to support and uplift each other; to champion each other as we aim to succeed, to not set each other up for failure but instead to really be there rallying around each other and say, 'I want to help you.'"

Meghan has been busy working with a number of big UK retailers on a special clothing collection for Smart Works, one of the charities for which she serves as patron. Items from Meghan's capsule collection, known as the Smart Set, will be sold online, and for each one that's bought, another will be given to long-term unemployed or vulnerable women with an upcoming job interview. Meghan even wore some pieces from the collection during her appearance.

We've had a few glimpses of the duchess since she gave birth to baby Archie, most recently when she made a surprise trip to New York to support her close friend Serena Williams at the US Open. But now it's back to those important royal engagements. This isn't the first time we've seen Meghan get stuck in at Smart Works. Back in January, we got a glimpse of the duchess helping to style women at the organization's London office. This time around, the launch is set to include a panel discussion and a chance for Meghan to show off all the styles in the small-but-perfectly-formed fashion range. Keep reading to see all the photos.

Meghan Markle
Prince Harry and Meghan Markle Ask Americans to Get Out and Vote: "You Deserve to Be Heard"
by Karenna Meredith 5 days ago