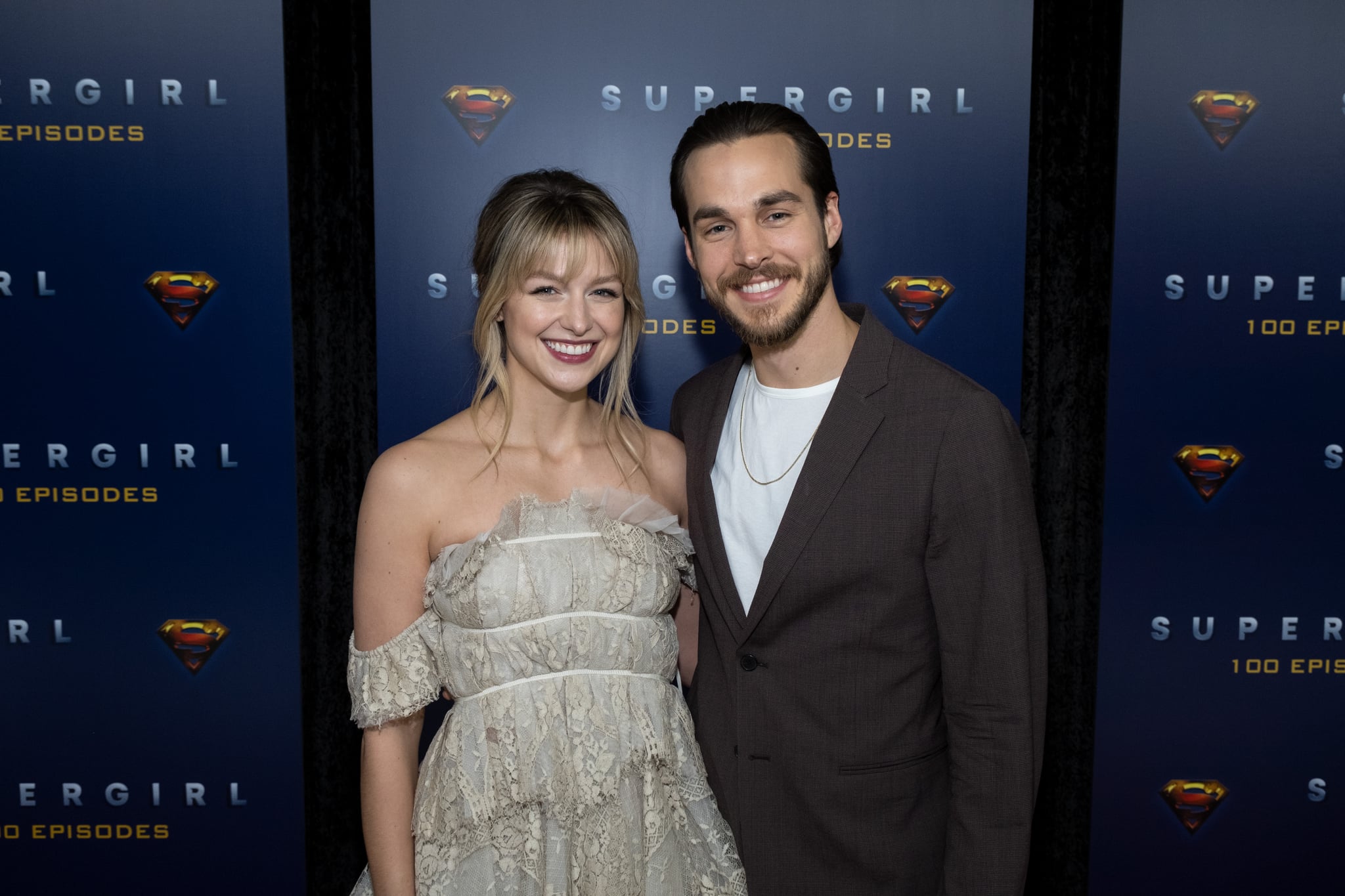 Melissa Benoist and Chris Wood are parents! On Friday, the couple announced that they recently welcomed their first child, a baby boy named Huxley. "Huxley Robert Wood got here a few weeks ago ♥️ and this little boy is everything," the Supergirl actress wrote alongside a photo of their son's hands. Chris also shared the photo, writing, "Our son was born his name is Huxley he's amazing and no it's probably none of your business xo brb see you in 18 years." The duo first announced they were expecting in March by sharing a sweet and hilarious photo shoot with their dogs. "A non-canine child is coming to our family very soon!!!" Melissa wrote at the time.

The couple first met on the set of Supergirl, where they played love interests, and started dating in March 2017. Chris and Melissa announced their engagement in February 2019 and tied the knot later that year in September. Congrats to the happy couple on their new addition!

Tommy Dorfman
Tommy Dorfman Is Engaged to a Mystery Woman: "Being in Love Is So Scary"
by Yerin Kim 9 hours ago