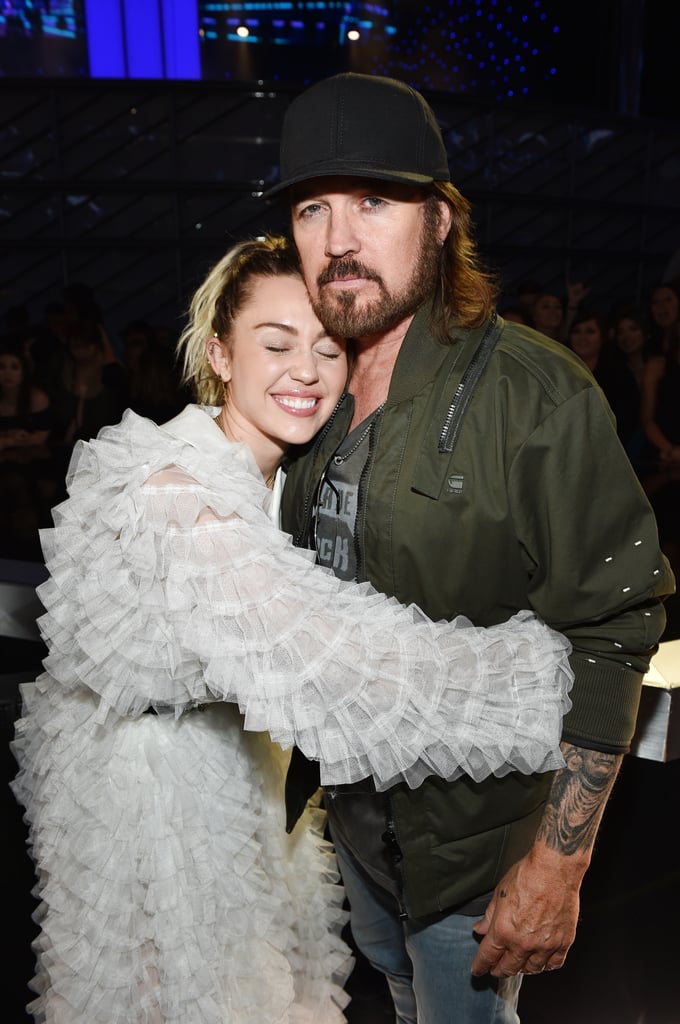 Miley Cyrus has a tight-knit family, but she clearly shares a special bond with her dad, Billy Ray Cyrus. From 2006 to 2011, the two played onscreen father and daughter on the hit Disney Channel show Hannah Montana, and they've given us even more glimpses of their sweet relationship over the years. Not only have they shared the stage together on countless occasions, including the Glastonbury Festival in 2019, but Billy is always there to cheer Miley on at award shows. Miley has also shown her support for Billy as she promoted his and Lil Nas X's hit song "Old Town Road." In honor of Father's Day, see some of the pair's cutest father-daughter moments ahead.