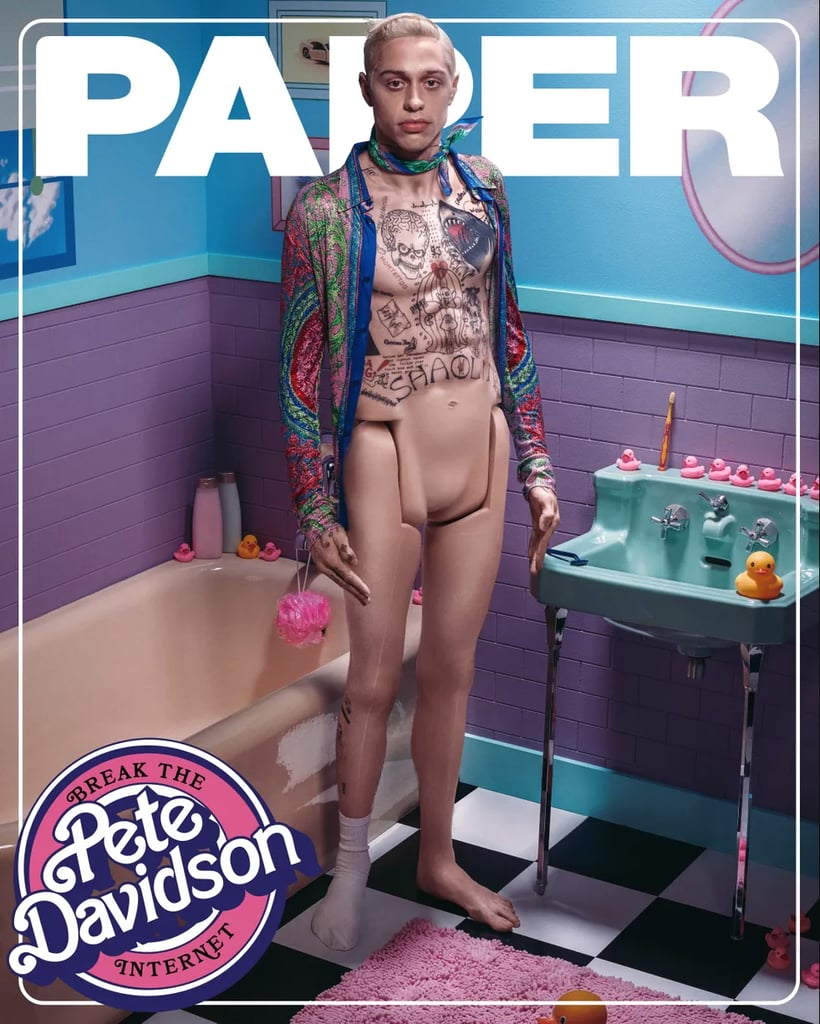 Pete Davidson is one of the two cover stars for Paper magazine's #BreaktheInternet issue this year (BTS is the second), and he left nothing to the imagination in his unique cover shoot. The spread reimagined the Saturday Night Live star as a giant Ken doll complete with biceps, abs, and, uh, no pants. Also, where did his nipples go?

Pete was joined by a model dressed like Barbie herself, and they had more than a little fun together. The two did everything from tanning in the back garden to enjoying a bubble bath together. There were even a few more risqué photos that showed Barbie with her zebra-print heel pressed on his crotch, which definitely seemed like a nod to his "HUUUUGE" BDE (Big D*ck Energy).