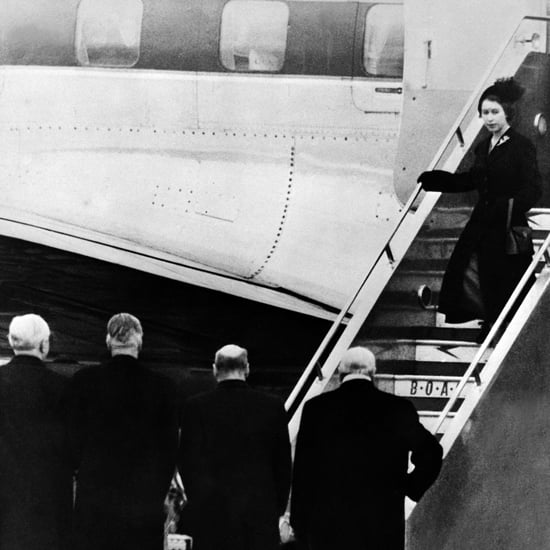 She Became Queen in Kenya

On February 6, 1952, then Princess Elizabeth was in Kenya on royal tour when her husband, Prince Philip, broke the news that her father had died. The 25-year-old princess was reportedly atop an African fig tree at the moment her father died, the moment she became queen. In this picture, she is seen arriving back in England to mourn her father and assume her duties.