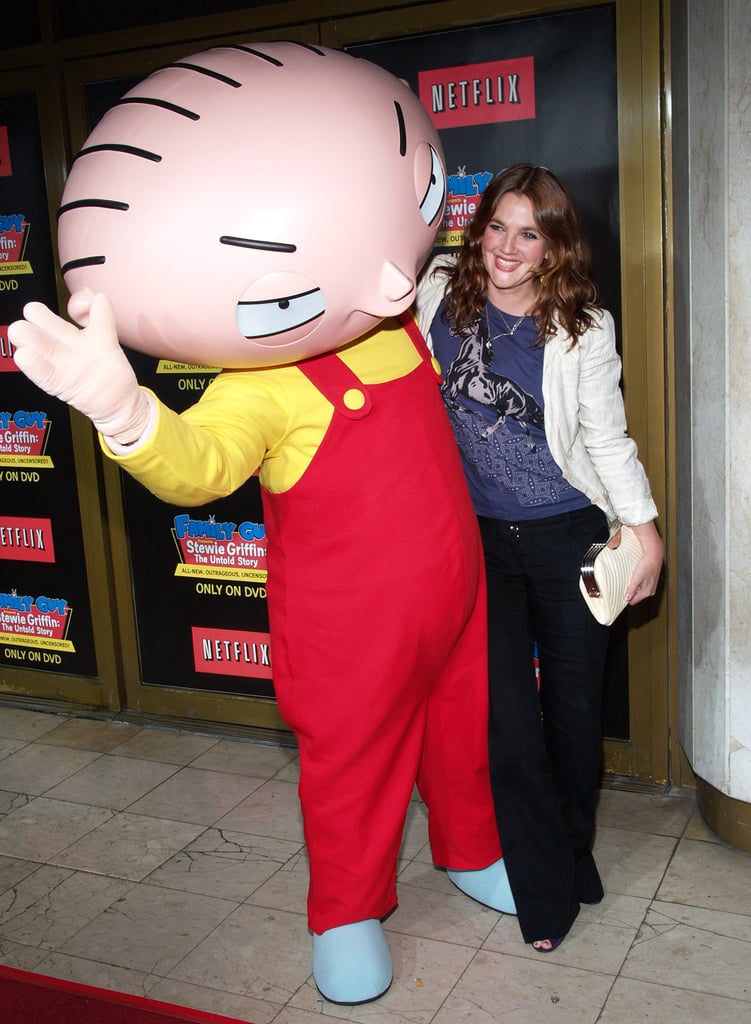 She's Not Afraid to Get Animated

Drew's voice has been featured in over 10 episodes of Family Guy as Brian Griffin's ditzy girlfriend Jillian. In 1999, Drew provided the voiceover for Olive, the Other Reindeer, a holiday TV movie about a dog named Olive that wants to be a reindeer. She went on to give the same name to her daughter, Olive Barrymore Kopelman, in September 2012.

Celebrity Facts
Who Is Emma Chamberlain Dating? She May Have Just Confirmed Her Relationship Status
by Corinne Sullivan 6 hours ago

Celebrity Instagrams
Be Still Our Hearts! Barack Obama Posts Sweet Birthday Note For Michelle: "You Are My Star"
by Brea Cubit 2 days ago

Celebrity Instagrams
If You Watch Anything Today, Let It Be Ryan Reynolds and Sandra Bullock's Video For Betty White
by Kelsey Garcia 3 days ago