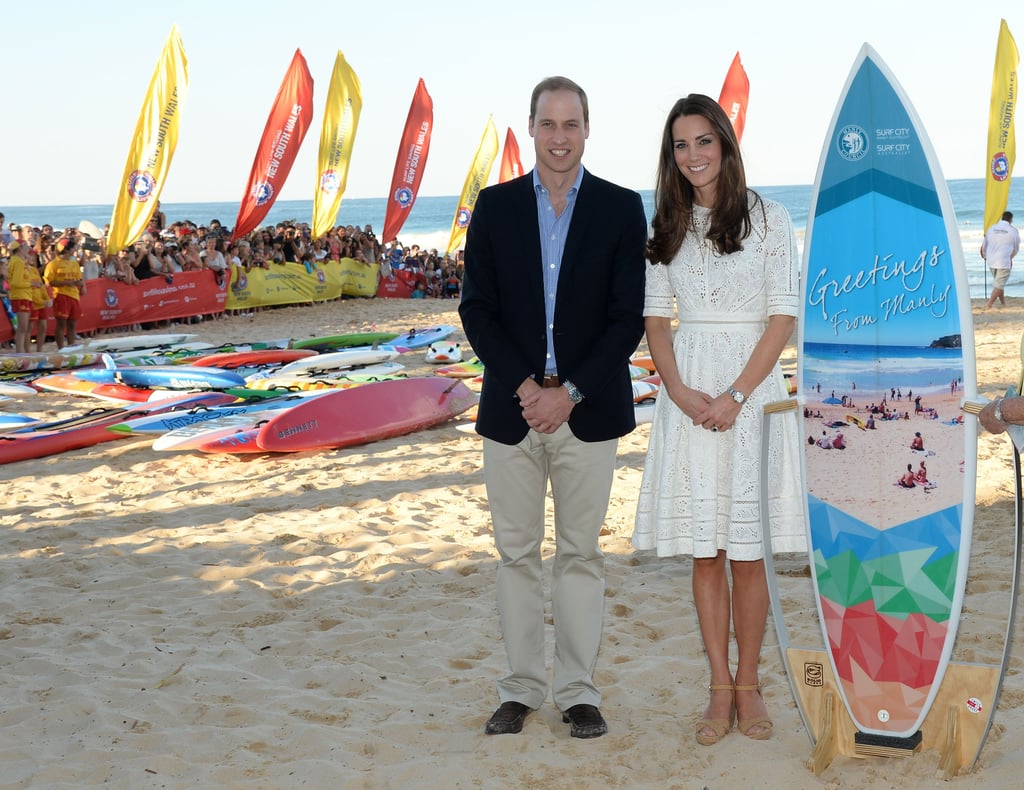 The family traveled across the globe for their first royal tour as a trio and Prince George stole the show. The world's most famous toddler chewed on his mum's hair and rubbed shoulders with other babies his age at an event at Government House early in the tour. Kate and William also threw themselves into the local activities with white-water riding, yacht racing, wine tasting, and a rugby match.

The royal couple partnered up with their Danish counterparts Crown Prince Frederik and Crown Princess Mary of Denmark at the UNICEF warehouse at the docks in Copenhagen to raise awareness of the famine in East Africa.

The ink on their marriage certificate was barely dry before Kate and William were back in their rented four-bedroom cottage in Anglesey. They continued to live there until after the birth of Prince George in 2013, returning in 2014 for a visit to Cardiff's Millennium Stadium.