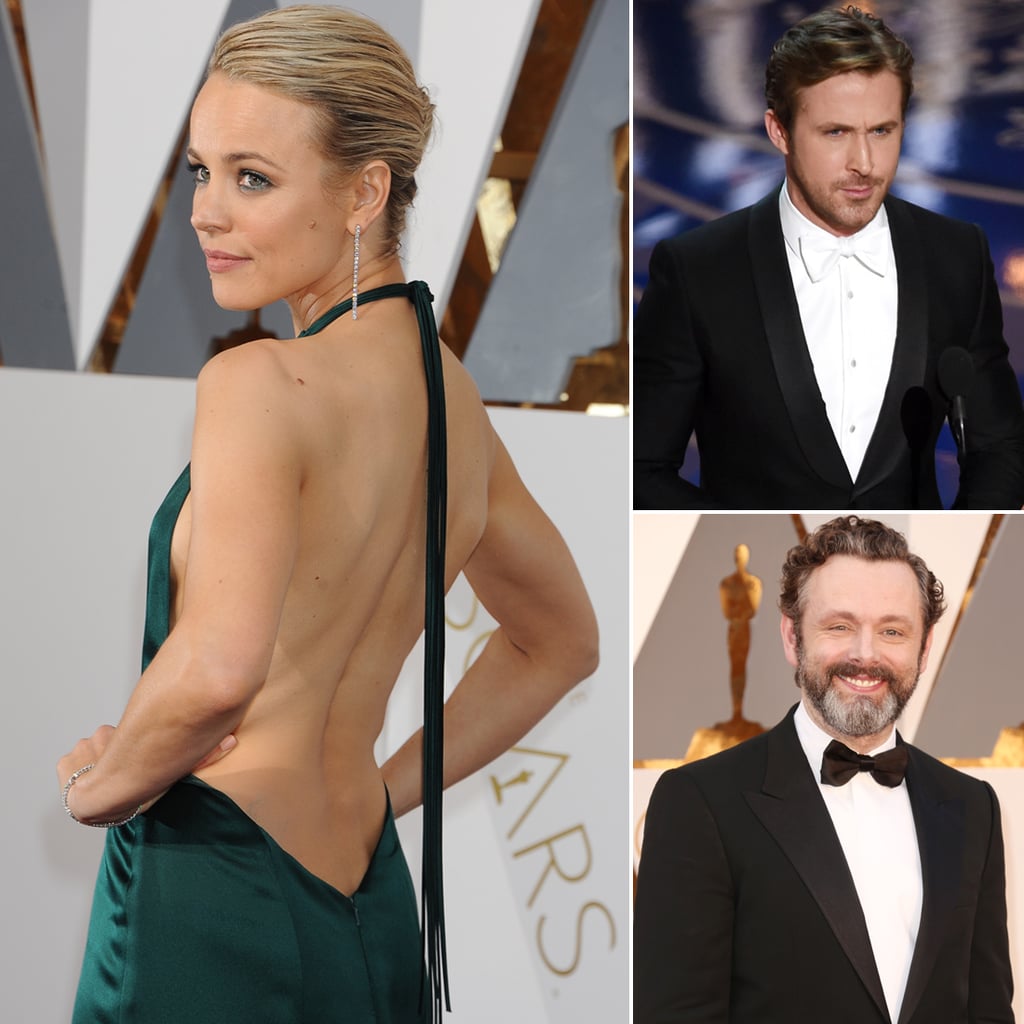 Rachel McAdams, Ryan Gosling, and Michael Sheen at the Oscars

Not only was Rachel a complete knockout on the Oscars red carpet, but she also hit the stage to present alongside fellow hottie Michael B. Jordan and again when she and her Spotlight costars accepted the award for best picture. In the audience that night were two of her ex-baes, Ryan Gosling and Michael Sheen — Ryan was solo (again), while Michael was accompanied by his girlfriend, Sarah Silverman. Let's just say that it was probably pretty hard to ignore Rachel in that supersexy gown.

Ariana Grande
Ariana Grande Links Up With BTS at Grammys Rehearsals, and Hey, How About a Collab?
by Kelsey Garcia 1 day ago

Celebrity Couples
So, What's the Deal With The Bachelor's Victoria Fuller and Chase Rice?
by Monica Sisavat 4 hours ago