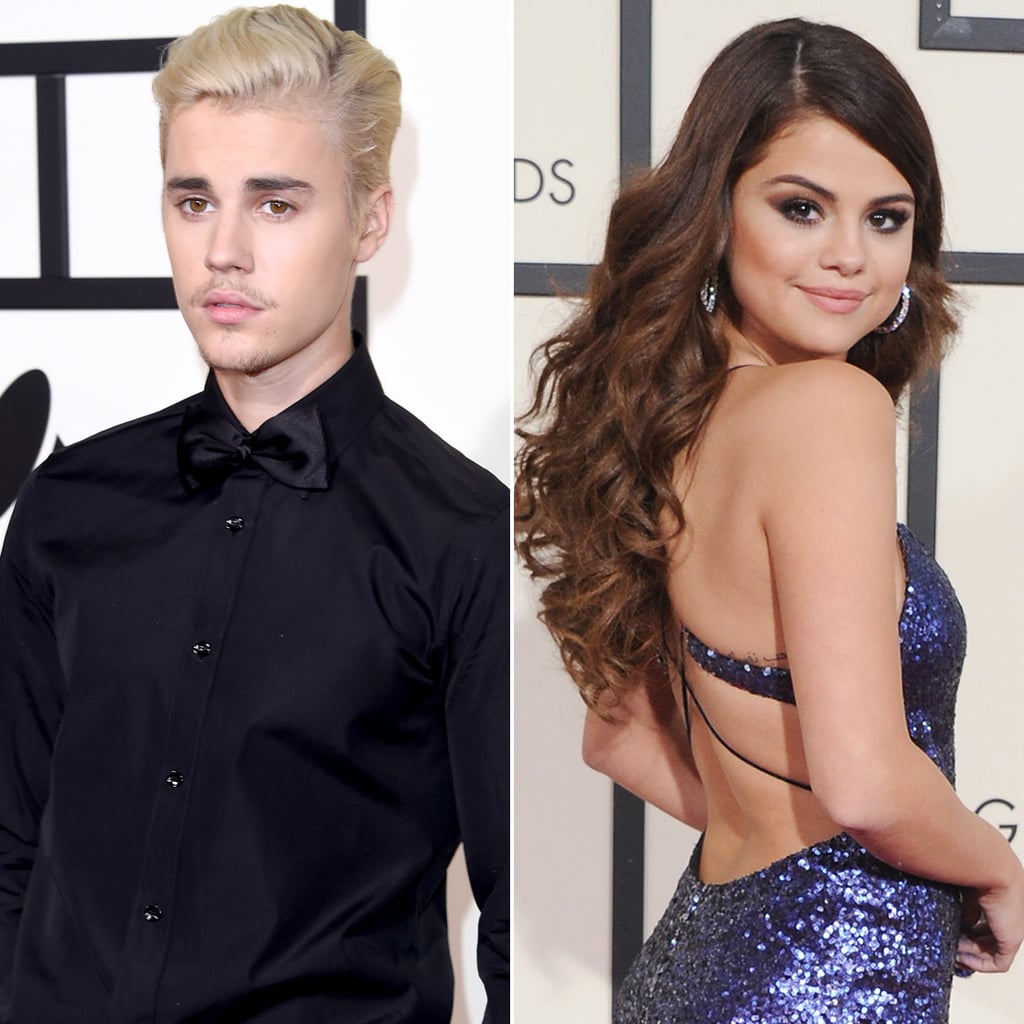 Justin Bieber and Selena Gomez at the Grammys

Though they both hit the stage at the Grammys — Justin to perform and Selena to present — the exes, who set the rumor mill ablaze when they reunited in November, appeared to successfully avoid each other during the big night. Selena hit the red carpet with Taylor Swift and stuck pretty close to her throughout the ceremony, while Justin arrived with his adorable little brother, Jaxon, and days later revealed the Selena Gomez tattoo that he wants to get removed.

Ariana Grande
Ariana Grande Links Up With BTS at Grammy Rehearsals, and Hey, How About a Collab?
by Kelsey Garcia 3 hours ago

Celebrity Couples
So, What's the Deal With The Bachelor's Victoria Fuller and Chase Rice?
by Monica Sisavat 22 hours ago

Celebrity Instagrams
They're Here! Meet the New Celebrity Babies of 2020
by Mekishana Pierre 2 hours ago

by Brea Cubit 29 minutes ago