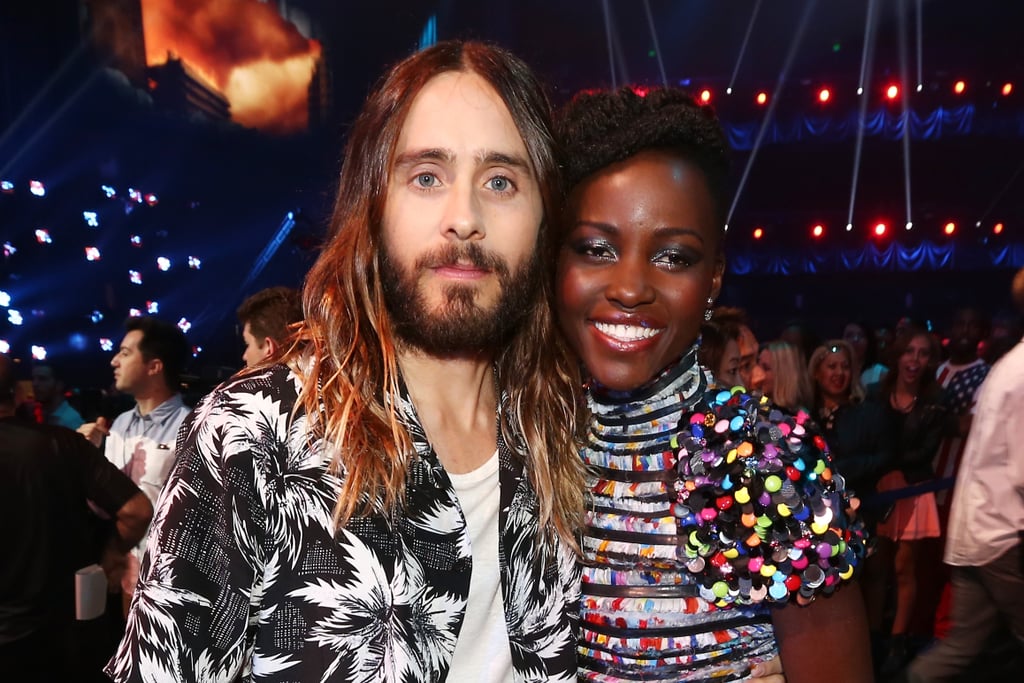 Leto's love life was thrust into the spotlight in early 2014 as he took award season by storm with fellow nominee and breakout star Lupita Nyong'o. After the two were caught chatting during the Critics' Choice Awards in January, it wasn't long before rumors of a mutual attraction (and possible hookup) between the two started swirling — and we totally started shipping them.

It was never confirmed or denied whether Leto and Nyong'o actually sealed the deal, but their chemistry was undeniable, whether they were presenting together on stage at award shows or hanging out at Paris Fashion Week together — Leto famously referred to the "12 Years a Slave" star as his "future ex-wife" during an acceptance speech. We're still rooting for them.

Celebrity Instagrams
Karl-Anthony Towns Surprises Jordyn Woods For Her 25th Birthday: "It's Time to Take That Next Step"
by Monica Sisavat 14 hours ago

Khloe Kardashian
What to Know About Michele Morrone, the "365 Days" Star Recently Spotted With Khloé Kardashian
by Njera Perkins 14 hours ago