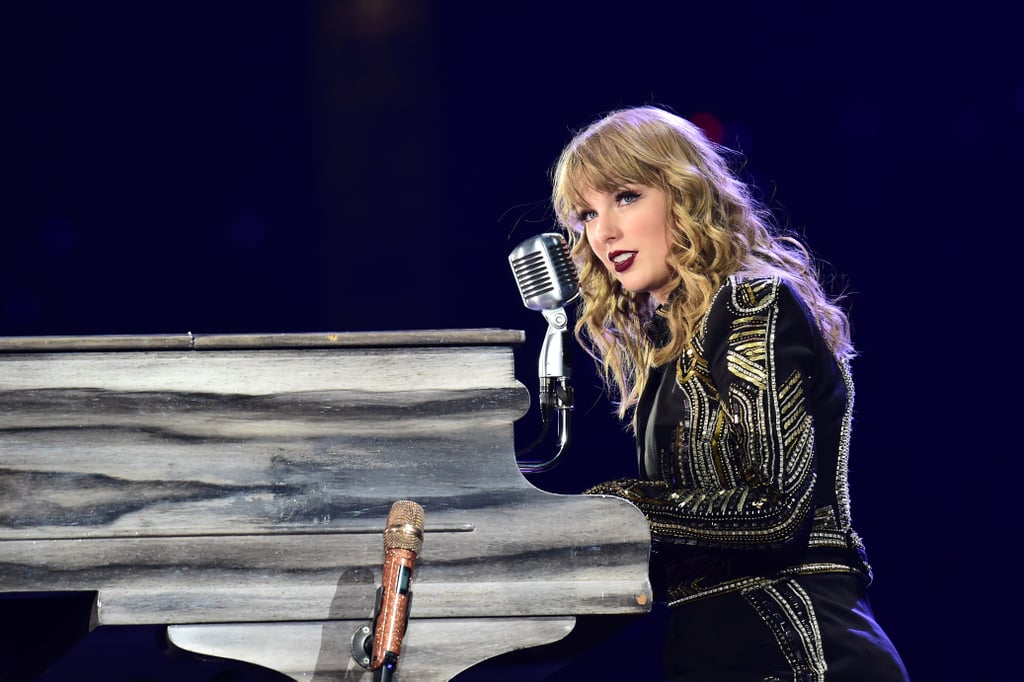 During the opening night of her Reputation tour in Glendale, AZ, the singer briefly opened up about her drama with Kim and Kanye and used it as a way to empower her fans. "A couple of years ago, someone called me a snake on social media, and it caught on," she said, alluding to Kim. "I went through some times when I didn't know if I was going to get to do this anymore. I wanted to send a message to you guys that if someone uses name-calling to bully you on social media, and even if a lot of people jump on board with it, that doesn't have to defeat you. It can strengthen you instead."

So now, we wait and see what happens next. Only time will tell. Then again, maybe Kim and Kanye won't respond at all.

Celebrity Instagrams
This 15-Year-Old Asks Celebs, Activists, Athletes, and More to Reveal Their "Secret Identity"
by Karenna Meredith 19 hours ago