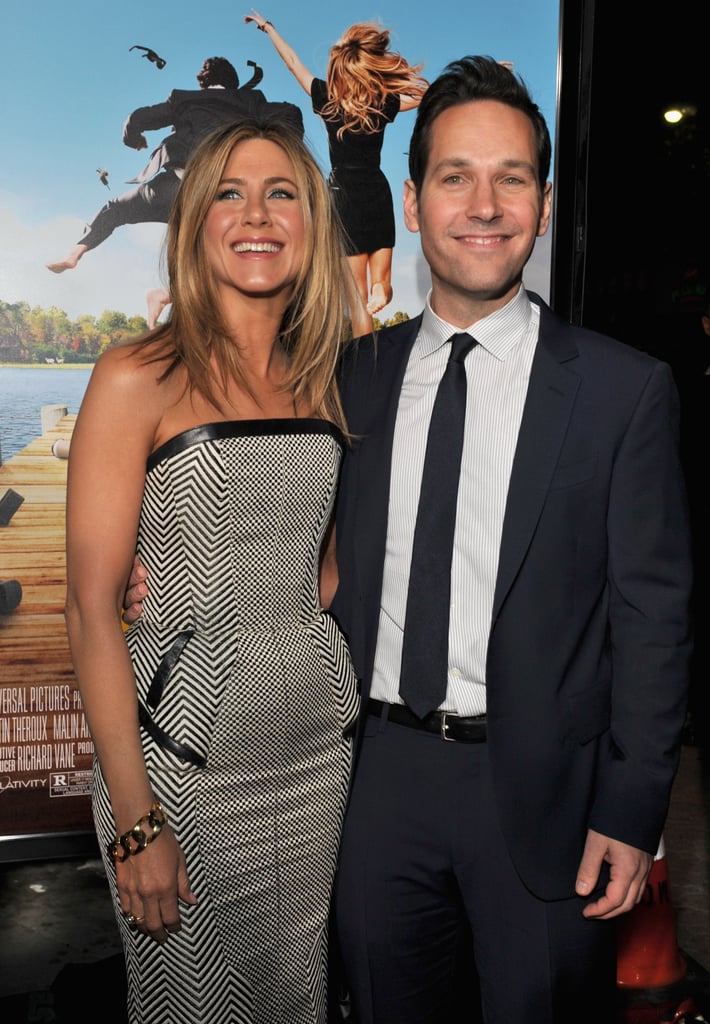 Paul played Jennifer's gay best friend in the 1998 rom-com The Object of My Affection, and the two were rumored to have struck up a brief romance. The two stayed friends and even worked together a few more times; Paul starred as Lisa Kudrow's onscreen husband, Mike, on Friends, and he and Jen starred as a couple in 2012's Wanderlust. (Fun fact: Jen fell in love with Justin Theroux on the film's set in 2010.)

While promoting the film, Jen and Paul were asked if it was "weird to kiss" on screen, having been close for such a long time. Jen remarked, "Nah. I've kissed him for years," while Paul quipped, "We've made out for decades."

Related:
20 Former Couples Who Prove You Can Be Friends With an Ex
Previous Next Start Slideshow
Jennifer AnistonCelebrity CouplesCelebrity Facts
Around The Web

This is Us
Fun Fact Alert: Madison on This Is Us Is Married to Series Creator Dan Fogelman IRL
by Perri Konecky 4 hours ago

Adele
Not So Fast! Adele Says She's Single Amid Those Skepta Dating Rumors
by Monica Sisavat 6 hours ago