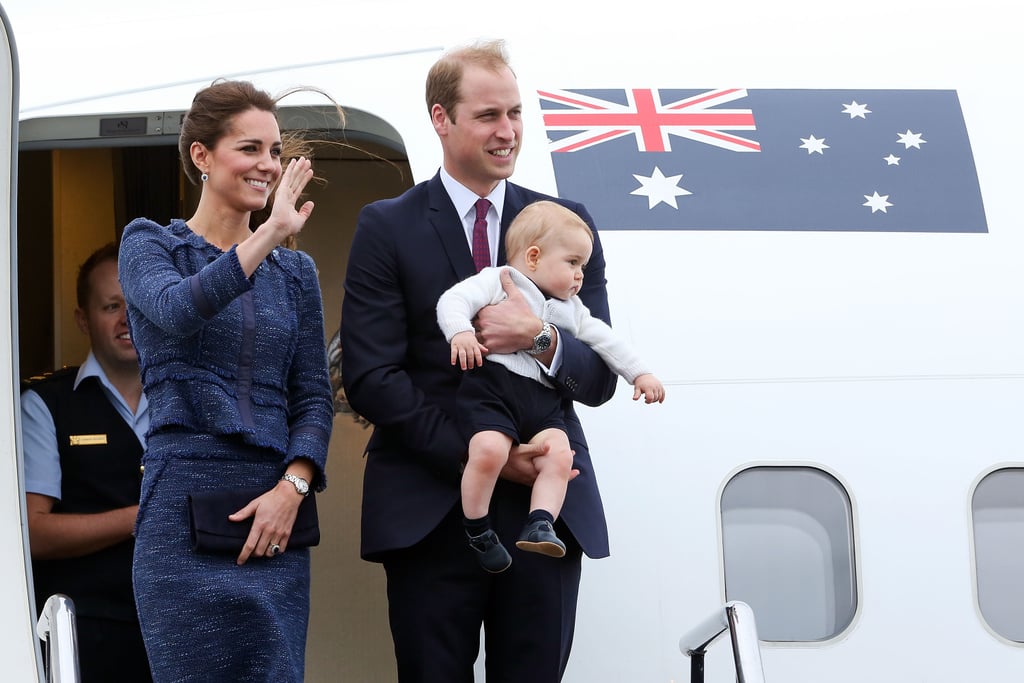 Prince William and Kate Middleton bent the rules during Prince George's first royal tour of Australia and New Zealand in April 2014. According to royal rules, two direct heirs — William and George — should never fly on a plane together so that the lineage is protected in case of an accident. However, it was believed that Will and Kate did not want to travel separately from George, who was 9 months old at the time, because they wanted to keep the family together and it was more cost efficient. Still, Will and Kate don't seem too bothered by this rule given the fact that they packed up George and Charlotte for their Canada trip in 2016.