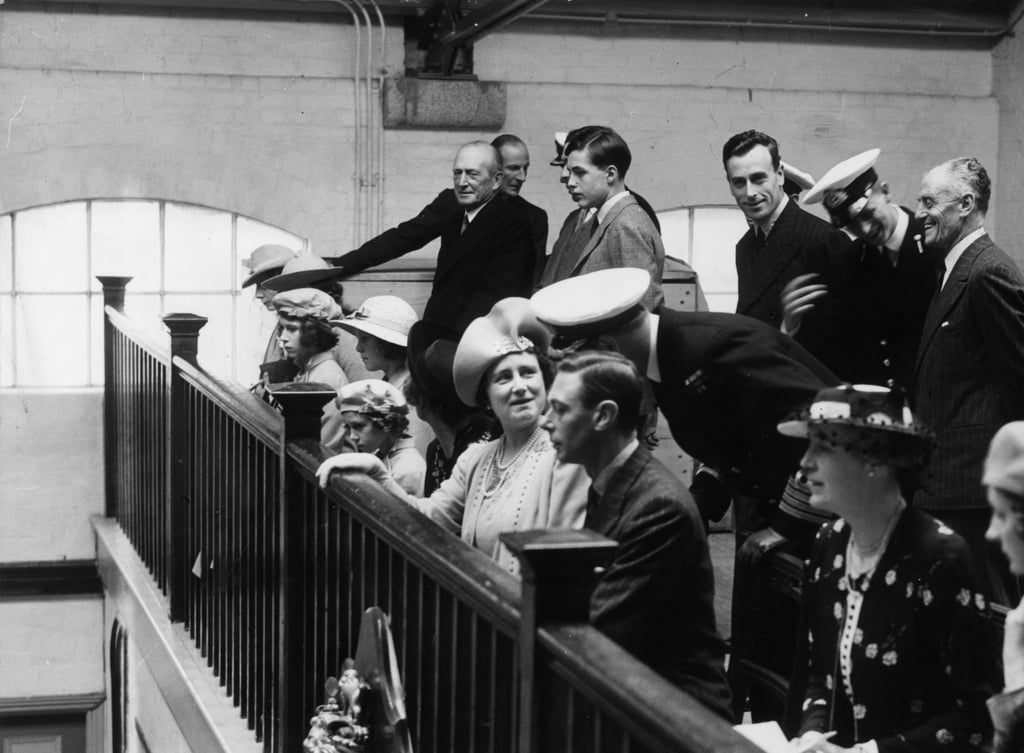 Back in the days when the pool of potential royal mates was much smaller, it was common for the young princes and princesses to know their future spouses from a young age. Eight-year-old Princess Elizabeth and 13-year-old Prince Philip both attended the wedding of Princess Marina of Greece (Philip's cousin) and the Duke of Kent (Elizabeth's uncle) in 1934, but it wasn't until they met properly five years later that they struck up a rapport.

When King George VI visited Dartmouth College in 1939, Prince Philip (standing second from right) was a young cadet, and he was enlisted to entertain Elizabeth (third from left) and her sister, Margaret. The princesses' nanny, Marion Crawford, later revealed in her memoirs that Elizabeth and Philip knelt beside each other playing with a train set before he said, "Let's go to the tennis courts and have some real fun jumping the nets." The 13-year-old princess remarked to her nanny, "How good he is . . . how high he can jump."

Kat Dennings
Kat Dennings's Engagement Ring Is Simply Perfect, as Is Her Caption: "Don't Mind If I Do"
by Kelsey Garcia 11 hours ago

Podcasts
Prince Harry on Why He Moved His Wife and Son to the US: "That Wasn’t the Plan"
by Alessia Santoro 15 hours ago