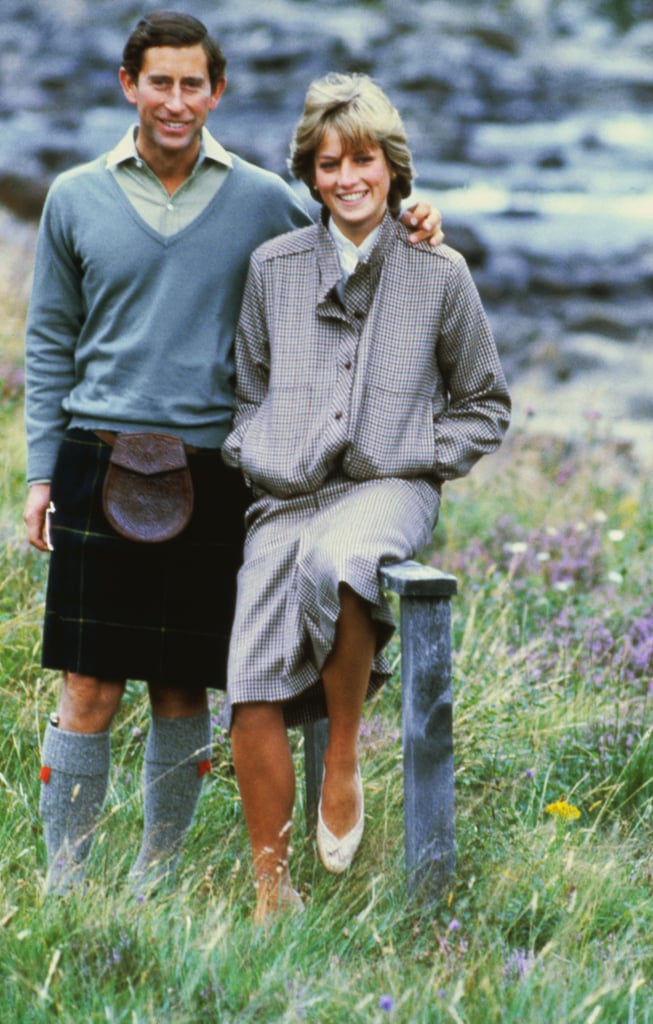 Coming from the aristocracy and being raised on the queen's Norfolk estate, Diana had known the royal family since she was born and had even been playmates with Prince Andrew and Prince Edward. She met Charles properly when he came to stay at her family home, Althorp, when she was 16 and he was 28. "I remember being a fat, podgy, no-makeup, unsmart lady" she told her biographer Andrew Morton. "But I made a lot of noise, and he liked that, and he came up to me after dinner and we had a big dance."

Charles was dating Diana's sister Sarah at the time, but two years later, Charles and Diana crossed paths again at a weekend house party when they were both single. The pair got chatting on a hay bale at a barbecue one night, and just over six months later they were engaged.