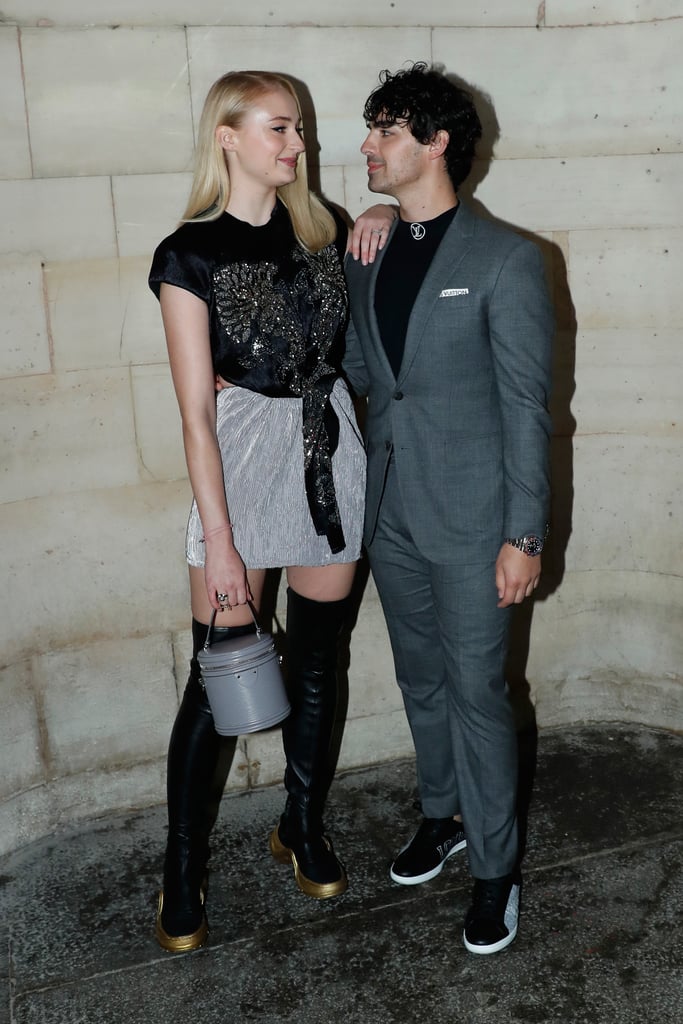 The couple waited for Sophie to finish filming the last season of Game of Thrones before beginning to slowly plan their wedding. During The Late Late Show, Joe revealed that they were going to have a Summer wedding, which has now been confirmed as happening the last weekend of June 2019. The festivities began on June 27th when Sophie, Joe — as well as Nick's brothers and wives — arrived in the South of France after spending a week in Paris for Men's Fashion Week.

Celebrity Instagrams
Not to Be Dramatic, but Sophie Turner's Pregnancy Pictures Are Just Too Cute For Words
by Brea Cubit 8 hours ago