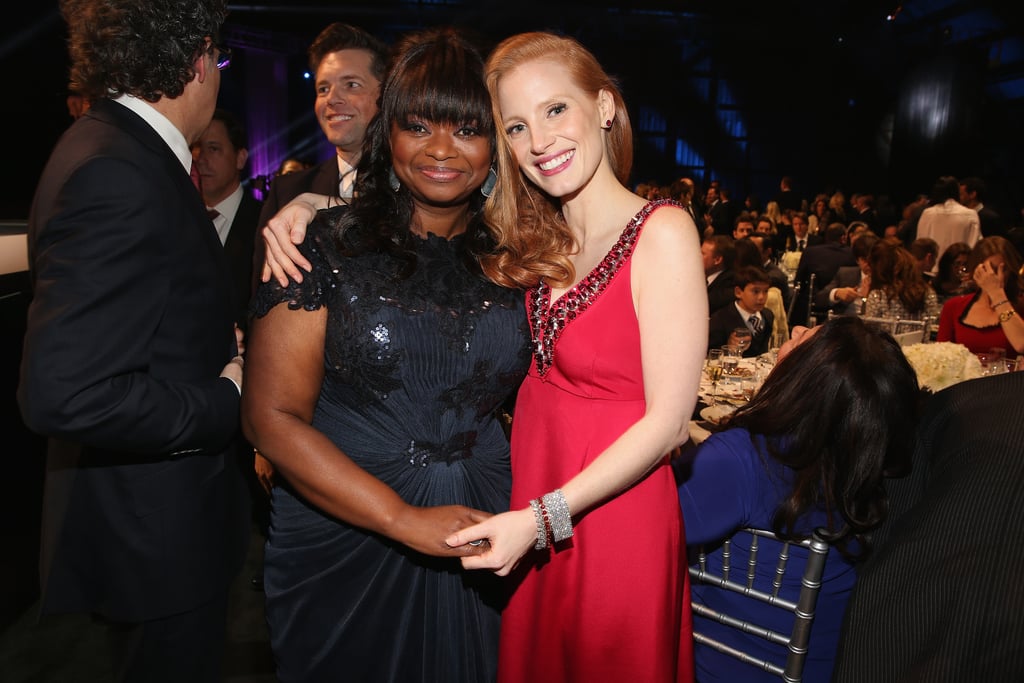 Every time the two actresses pop up at the same event, you can bet they snuggle up for a photo opp. They posed together for a few shows during 2013's award season, and they've been spotted at the Toronto International Film Festival and a few other parties. Most recently, they had a red carpet run-in at the 2018 Golden Globes! (They were both nominated, of course.)

by Princess Gabbara 33 minutes ago

by Jenny Sugar 48 minutes ago