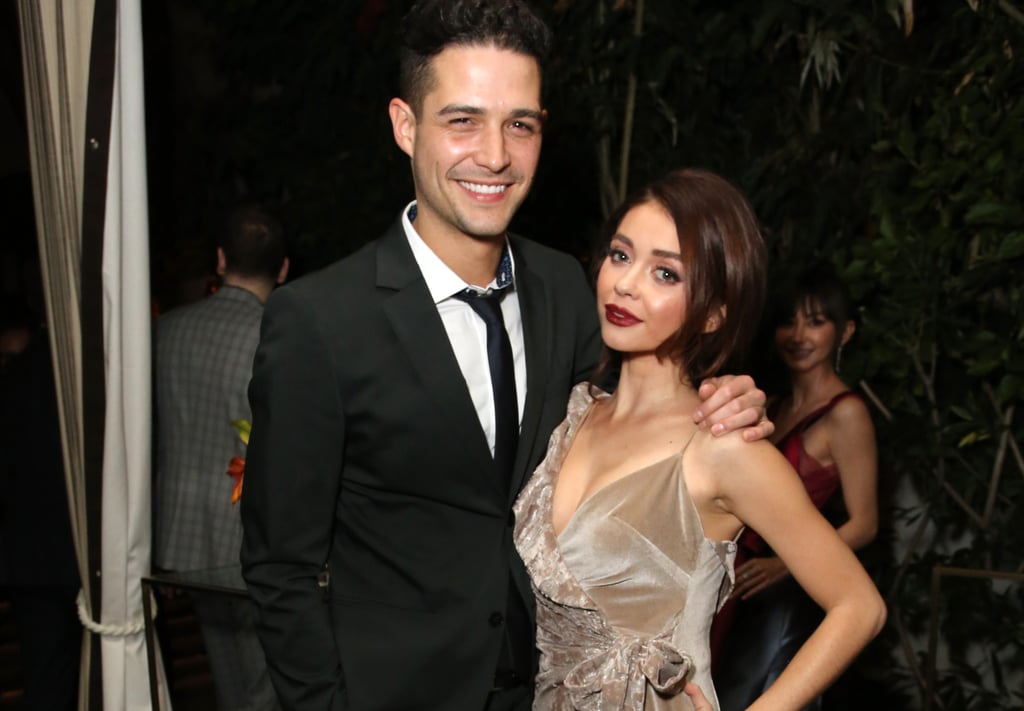 Let's start with perhaps one of the most successful Bachelor Nation-meets-celebrity relationships: Wells Adams (JoJo Fletcher's season) and Sarah Hyland (acclaimed Modern Family actress). The two began dating roughly a year ago after Adams's stint on Bachelor in Paradise, and they made it official around Halloween of 2017.

The duo have been going strong ever since, getting engaged in July 2019 and providing Bachelor fans with plenty of canoodling Instagram pictures. They're clearly in it for the long haul, and we are rooting hard for them — and a potential televised wedding . . . Hey, we can dream!

Netflix
Can't Wait For Cobra Kai to Return? Here's Everything We Know About Season 4
by Monica Sisavat 23 hours ago