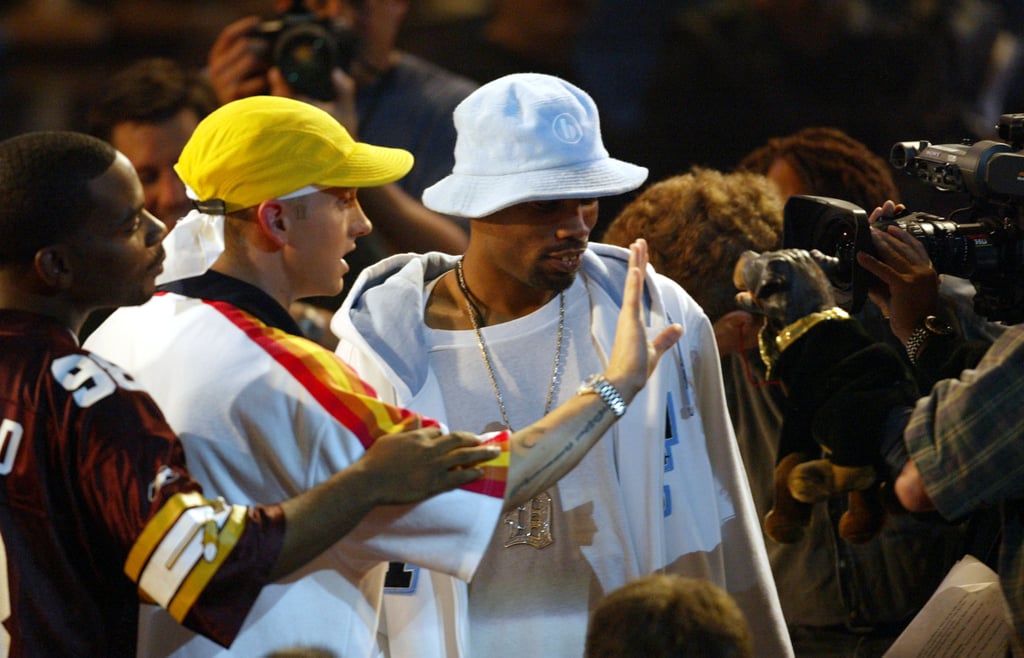 The feud between Eminem and Moby started before the 2002 VMAs, but Triumph the Insult Comic Dog brought it to a head during the show. Moby called out Eminem for his homophobic language at the 2001 Grammys, and Em fired back with harsh lyrics about Moby in his song "Without Me."

Eminem performed his song at the 2002 VMAs, and that's where Triumph, the rude puppet from Conan O'Brien's shows Late Night With Conan O'Brien and The Tonight Show With Conan O'Brien, jumped in. He joked about Eminem's rude Moby lyrics to Moby himself, which obviously irritated Eminem.

The whole thing was weird; Triumph is a puppet, after all, and rude as hell. Eminem did end up threatening to fight Moby, though, during his acceptance speech, to which Moby replied later that he wasn't concerned.

It seems like this is all in the past now, as Moby told BBC Radio 5 Live in 2011 that they're no longer worried about each other. "I think at this point I'm so far below Eminem's radar," he said. "Eminem is one of the biggest pop stars on the planet."

Music
"It's Been 10 Amazing Years": Little Mix Announces They're "Taking a Break" in 2022
by Chanel Vargas 17 hours ago

Halsey
Permission to Smile at Halsey and BTS's Reunion: "The Coolest Band in the World"
by Naledi Ushe 20 hours ago