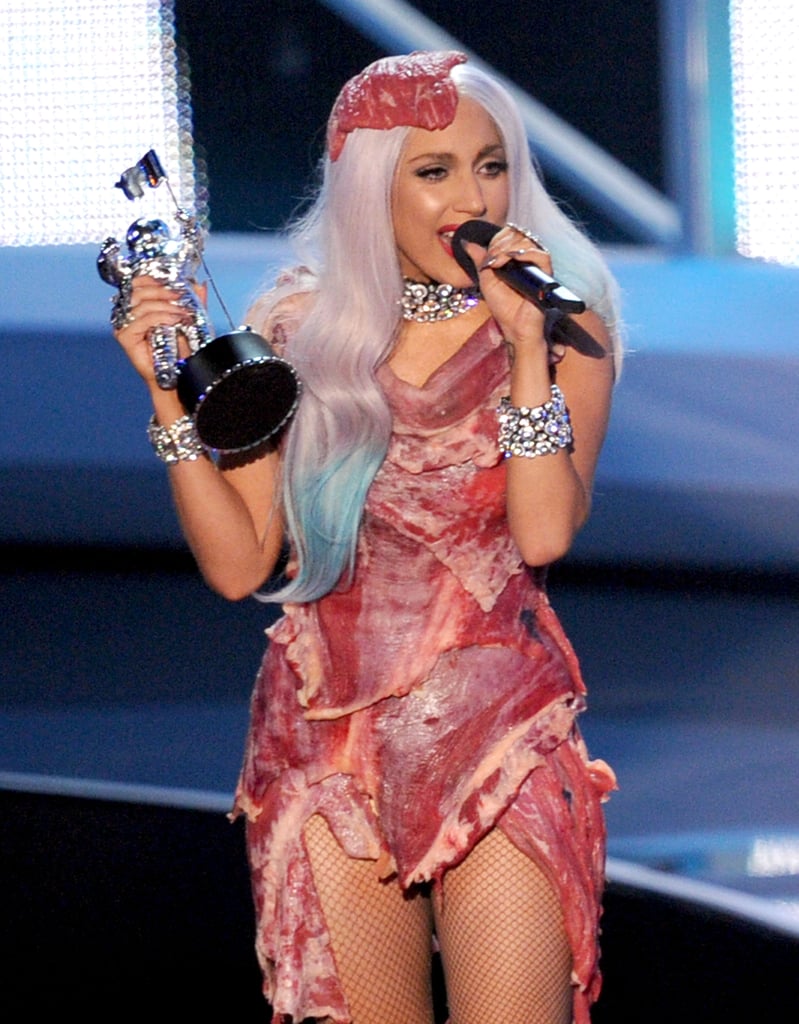 2010: Lady Gaga Made History at the MTV VMAs

Lady Gaga's appearance at the 2010 MTV Video Music Awards was historic for two reasons. Firstly, because, well, she showed up in a dress made entirely out of raw meat. The ensemble was tied to Gaga's protest against the military's "don't ask, don't tell" policy, and it certainly was one of the most talked-about moments at the ceremony.

"If we don't stand up for what we believe in and if we don't fight for our rights pretty soon, we're going to have as [many] rights as the meat on our own bones," she explained. "And, I am not a piece of meat."

On top of the meat dress, Gaga also earned a whopping 13 nominations, which was the most ever received by any artist in a single year! Among the nods were best collaboration for "Telephone" with Beyoncé and best pop video for "Bad Romance." She ended up taking home eight moon people that year.

Previous Next Start Slideshow
Lady GagaNostalgiaThe 2010sBest Of The Decade

Decor Shopping
A Vintage Barbie Wallpaper Collection For Adults Is Here, and It's So Beautiful
by Haley Lyndes 21 hours ago

Nostalgia
The Serpent: How to Steal Monique's Sultry and Bohemian '70s Style
by Kara Kia 2 days ago